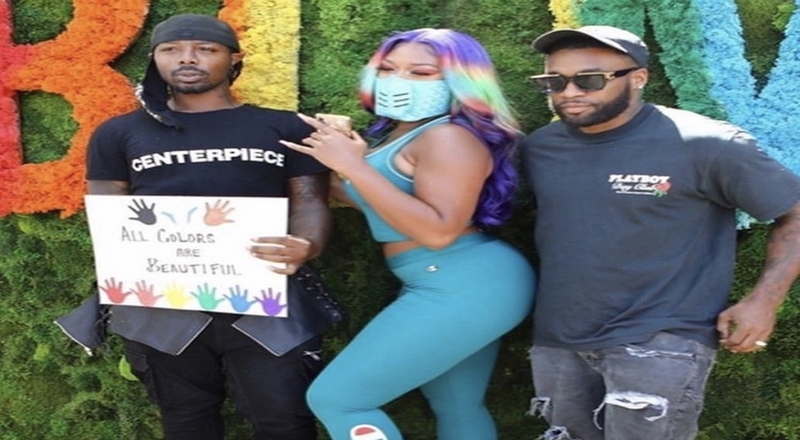 Many celebrities have joined protestors over the last three weeks in support of bringing awareness to racism and police brutality in America. Among them have been J. Cole, Kendrick Lamar, Kanye West, T.I., and more. June is also Pride Month and the celebrations are also alongside these Black Lives Matter protests.

Megan Thee Stallion is one of the latest celebrities to march for equality as she was seen in Los Angeles today with BLM and Pride supporters. She was also seen sporting a blue mask with rainbow hair. The Houston rapper also took the time to take photos with fans while engaging in these peaceful gatherings.

Megan has had an another epic year for herself as she released her ‘Suga‘ EP in which March which featured the hit single, “Savage.” This ended up receiving a remix with Beyoncé as it went on to become the No. 1 song in the country last month. She is also gaining momentum on Young Dolph’s new single, “RNB.” 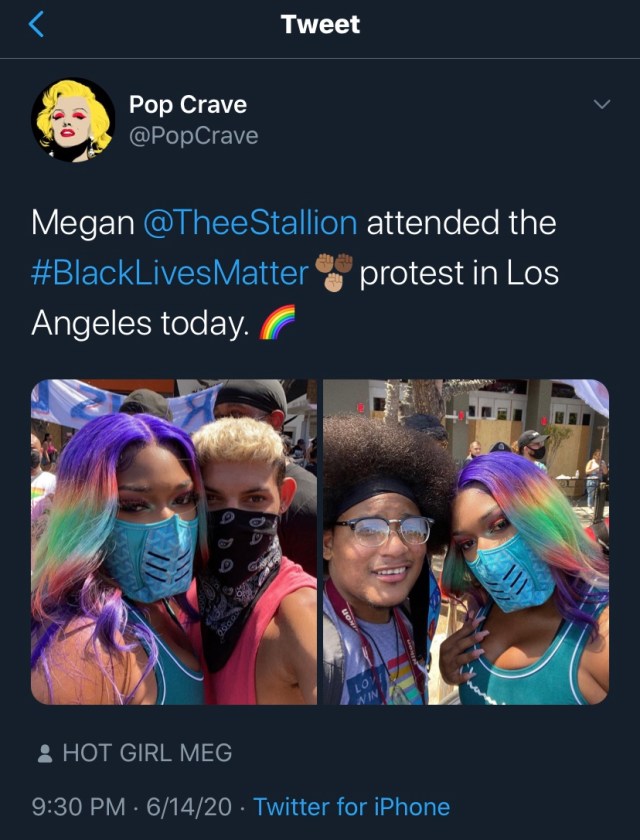 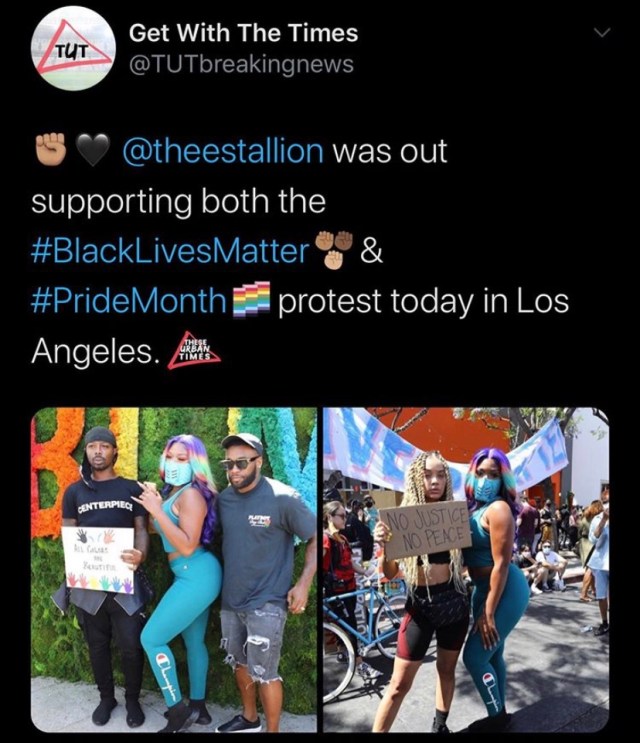