Skip to content
You are here
Home > Hip Hop News > Wendy’s Restaurant in Atlanta Where Police Shot and Killed #RayshardBrooks, Goes Up in Flames By Protestors [VIDEO] 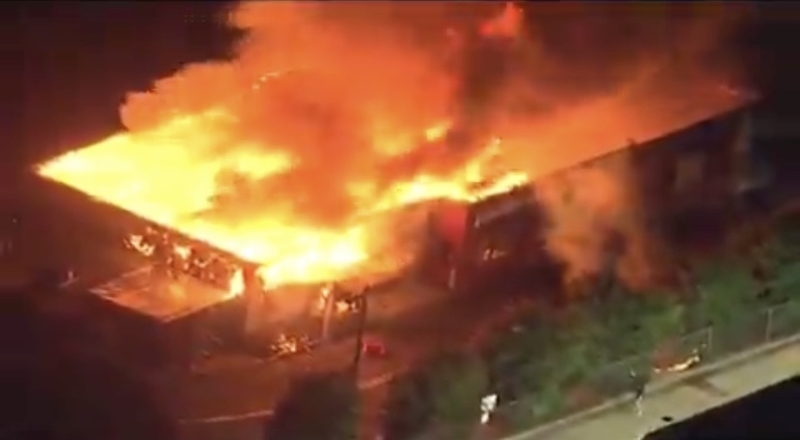 Last night in Atlanta, 27-year-old black man, Rayshard Brooks, was shot and killed by white Atlanta police officers. A call was initially placed by a local Wendy’s claiming that he fell asleep at their drive-thru. Police also added that a sobriety test was administered where he failed it, per TMZ.

Police ended up wrestling with Brooks where he took one of their tasers and then ran. The two officers then chased him down as one of them shot him in the back three times. Protests at this Wendy’s location have since been ongoing today and things have now reached a breaking point as this fast food restaurant was lit on fire. Firefighters are still trying to put it out as we speak.

Atlanta Mayor, Keisha Lance Bottoms, has since fired the officer who initially let the three shots off. The other one has been placed on administrative leave. Check out the Wendy’s where Brooks’ death took place become lit up in flames below.

Fire at Wendy's on University Ave in southwest Atlanta raging. A night to remember in Atlanta: Rayshard Brooks shot by an officer, the chief of Atlanta police resigned, and protesters stormed the interstate. Now, fire. #AtlantaShooting #AtlantaProtest pic.twitter.com/Fgjq7jhDiZ