Skip to content
You are here
Home > Hip Hop News > Two White Atlanta Police Officers Shoot 27-Year-Old Rayshard Brooks After Complaint of Him Sleeping in His Car at Wendy’s Drive-Thru and Claim of Failed Sobriety Test; Died During Surgery [VIDEO] 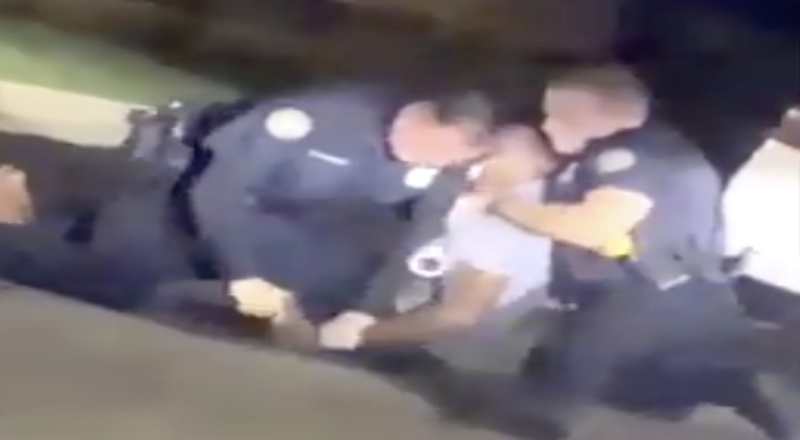 Protests continue to be ongoing in Atlanta in the fight to bring awareness of the constant racism and police brutality in this country. Police continue to shoot and killed unarmed black people for no reason and plenty of people have had enough and are fed up.

The latest incident comes in Atlanta on Friday night involving an unarmed black man named Rayshard Brooks. Police were called after someone complained that he was sleeping in his car at a Wendy’s drive-thru, according to TMZ. Two white officers tried arresting him after claiming he underwent a failed sobriety test. They then started going at it with him on the ground for 30 seconds.

Atlanta police claimed that when he stood up, Brooks took a taser from one of them and then ended up getting met with another taser. Brooks started to run and was then hit with three shots to his back. He was soon taken into emergency surgery where he passed away in the process.

Check out video of the incident below.

Two coward ass @Atlanta_Police officers killed Rayshard Brooks while responding to a call that he was asleep in his car at a Wendy's on University Ave. Claim they had no choice? Chokehold, Taser then shot him 3 times IN THE BACK. #BlackLivesMatter  Atlanta PD 🖕🏽@KeishaBottoms pic.twitter.com/mpbRKJmbFe