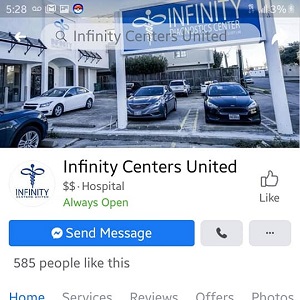 Race relations are at a sixty-year low, as people are out here openly referring to other races in a derogatory way. All of the progress seems lost, but in other ways, it looks as if more inroads have been made. But, a lot of businesses seem to have a racist bent.

Infinity Centers United is a MRI center, based in Houston, Texas. In one of the US’s most-progressive cities, a local business released a statement, saying they don’t hire African-Americans. When challenged on this, two more statements, all via IG Story, came.

The words used to describe African-American people were reprehensible, to say the very least. “Keeping them picking cotton” and “they don’t know how to behave” are among the comments made. A post, showing a woman’s foot, standing by those comments, went on the IG Story, so when Jessica Dawn Hatch, the company’s founder, spoke out, claiming the page was hacked, people matched the photo in the “hacked” IG Story, to her feet, causing quite the debate.