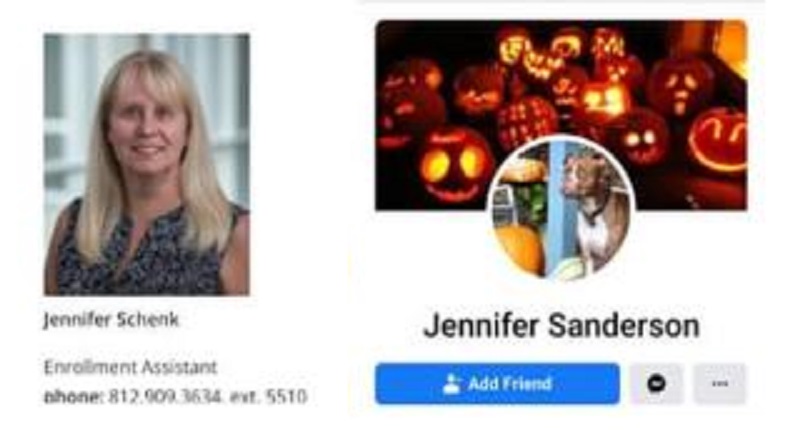 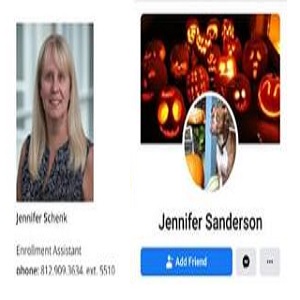 Still, what is sad is how the death of a man is being overlooked by his history, and the reactions to his death. The death of George Floyd has nothing to do with his past. In the moment, Floyd did not have a counterfeit $20 bill, so he was innocent, but still died.

To people of color, these kinds of things happen too often, which is the reason for the Black Lives Matter cries. Of course, all lives matter, but only one race seems to openly be hunted. Then, the ones who argue for all lives, immediately begin to diminish those of color.

Jennifer Schenk, who goes by Jennifer Sanderson, on Facebook, is an Enrollment Manager, at Indiana Tech University. On her Facebook, she has made several cruel comments about protesters. Grouping them all with looters and rioters, Jennifer said they’re not done, because the Nike store isn’t cleaned out, before calling all of them “sh*tstains,” adding that they probably don’t even know the “dead guy’s” name, which she also didn’t mention, but it’s George Floyd, by the way. 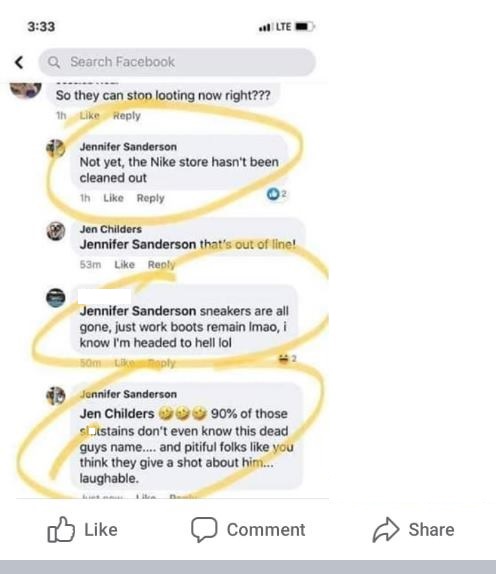