Skip to content
You are here
Home > Hip Hop News > Nicki Minaj Responds To Backlash For Working With Tekashi 6ix9ine Again on His Upcoming “Trollz” Single – “You Don’t Have To Defend Me. I’m Not Afraid Of Internet Trolls, Blogs, Artists.” 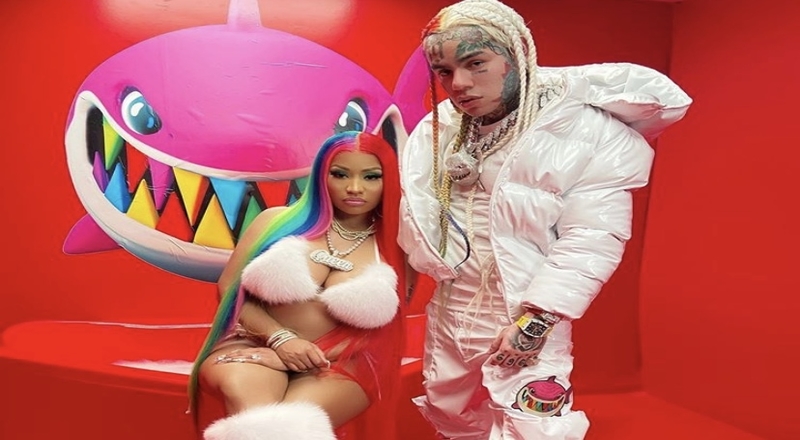 Today, Tekashi 6ix9ine and Nicki Minaj both announced that they will collaborate on 6ix9ine’s new “Trollz” single which will be released on June 12. This isn’t the first time that they have worked on music together as Minaj hopped on 6ix9ine’s 2018 “FEFE” single which has since been certified 8x platinum.

Minaj has been getting criticism for working with 6ix9ine again due to his criminal history such as racketeering, weapons, murder conspiracy, sex with a minor, and domestic abuse. In a now-deleted tweet, the Young Money superstar is addressing the heat. She explained how fans don’t need to defend her as she’s not afraid of internet trolls, blogs, or artists.

Minaj added that she doesn’t “jump on bandwagons” and that many won’t know “what it feels like to have a mind of their own.” It definitely sounds like she was a bit triggered by the backlash. Nonetheless, expect the Trollz single to do very much considering the fact that 6ix9ine and Minaj are two of the most popular artists out. 6ix9ine even trolled people in his IG caption today by saying “nObOdY gOiN To WoRk wiTH HiM No mOrE.” He also arrogantly said that he’s the most talked about rapper in the world and that he dares other rappers to release music on the same day as him. 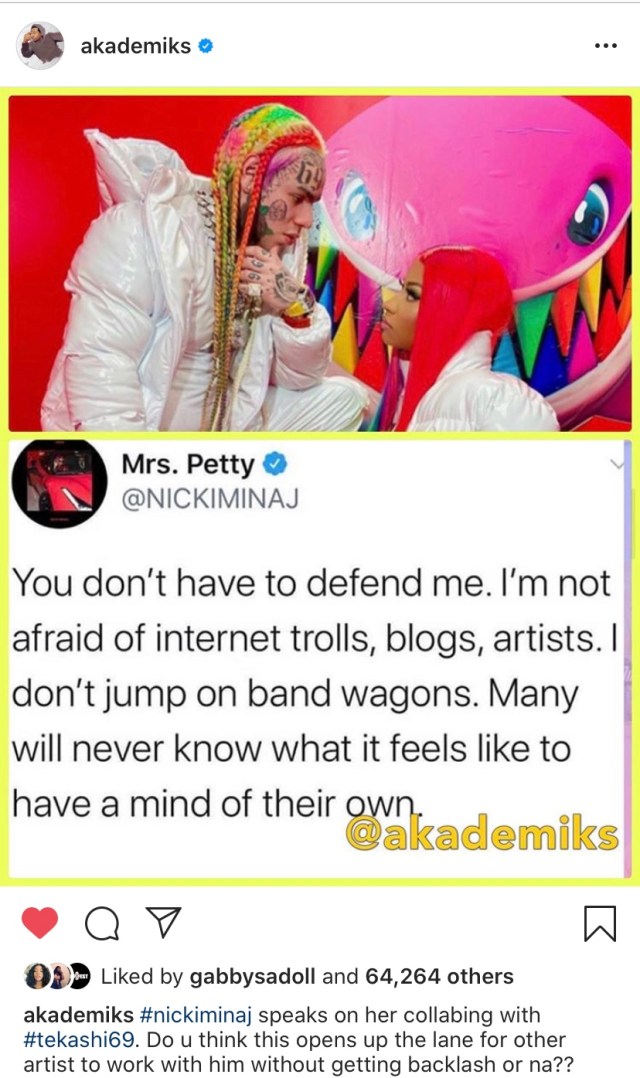