Skip to content
You are here
Home > Hip Hop News > Ne’Kesia Williams accuses Lil Baby of being the father of her daughter, on Facebook, sharing photo collage of Baby and her child, as proof, accusing him of getting her pregnant, after a show, and being a deadbeat dad [PHOTOS] 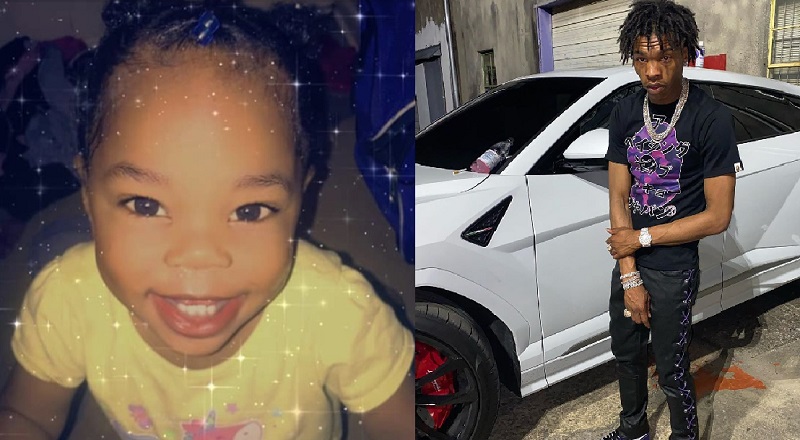 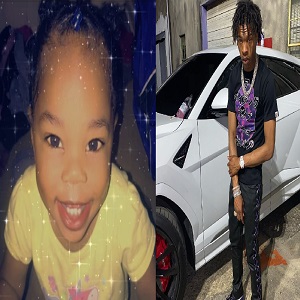 The women in his life keep Lil Baby in the news, just as much as his music does. Three years ago, Lil Baby caught a wave, in Atlanta, and signed with QC. Before long, he was one of the hottest rappers in the South, before taking over the whole game.

Lil Baby currently sits as one of the hottest rappers in the game, dropping hits every year. Meanwhile, the QC label continues to be the hottest movement in hip hop. With Lil Baby’s rising fame, he is also seeing the downside of the fame.

Recently, Lil Baby has found himself with baby mama drama, but not from Ayesha, or Jayda. Instead, there is a woman named Ne’Kesia Williams, accusing Lil Baby of being the father of her daughter. She put the rapper on blast, accusing him of not supporting, or even claiming, their alleged child, showing photos as proof that her daughter is his. 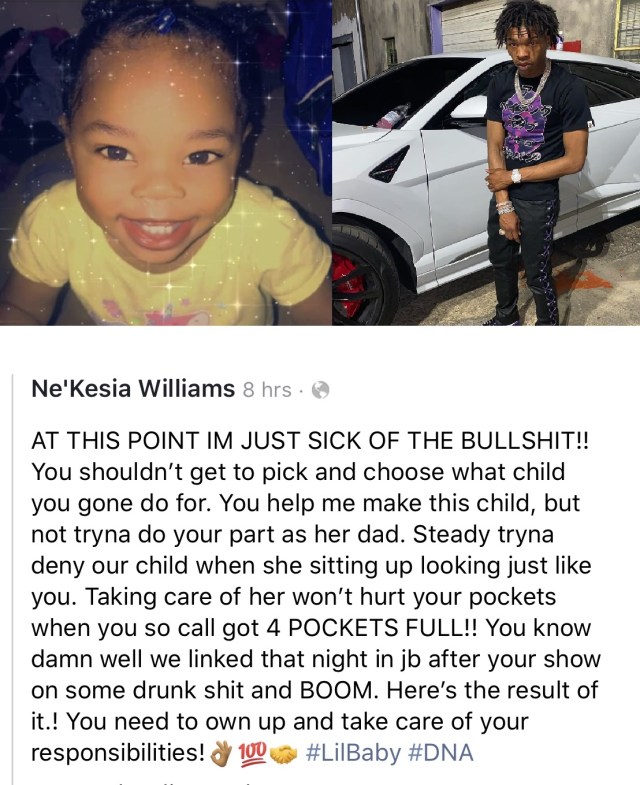