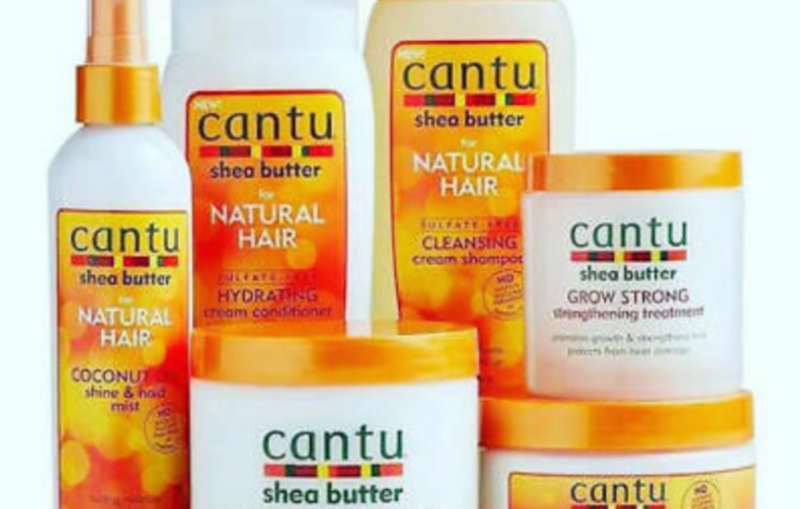 Natural women of color are shocked, but not really – as it is revealed that the owner of the ever popular natural hair product Cantu, is a Caucasian man. Many took to Twitter in disappointment as some shared laughs that the product is not that good anyway. The 17 year old company has been said to be one of the fastest-growing multi-cultural hair care companies in the country. Although Cantu has done a great job of hiring black and brown women, the company has made a point of keeping the actual owner’s identity private. Until now that is..

One blogger stated that there are ways to figure out who actually owns a brand, because if a black woman owns it, you will likely have no trouble finding her name, website, or social media accounts, as a black woman owning a brand is a selling point.

Black Twitter has jokes as usual, as they drag the brand with multiple comments stating:

“That’s why it doesn’t work on my hair!”

Check out the hilarious tweets below: 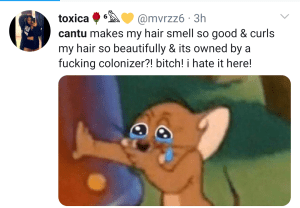 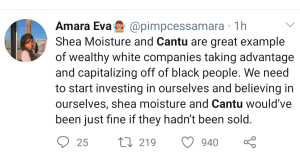 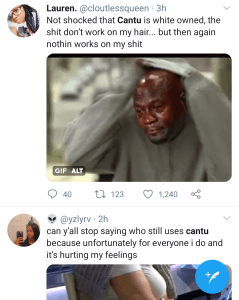 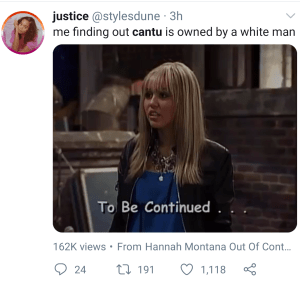