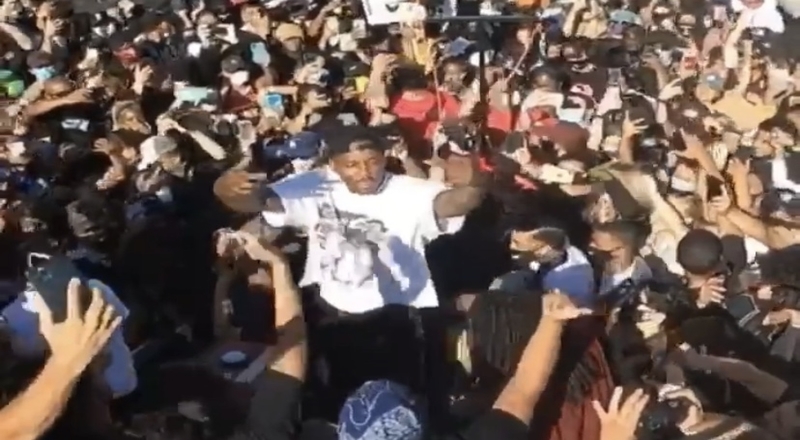 YG was part of a massive Black Lives Matter protest that took place on Hollywood Blvd in Los Angeles yesterday as the turnout was amazing. Over 50,000 people showed up to protest racism, police brutality and racial inequalities in America.

At the same time, the Compton rapper shot the music video for his new “FTP (F*ck The Police)” record which addresses the corrupt actions of police in our country. Other celebrities at this epic protest included Jamie Foxx, Alex Rodriguez, Jennifer Lopez, and more.

YG explained on Instagram how people thought that he had intentions to help burn his city down when he actually did it the right way. He explained how he and 50,000 others peacefully protested and united together to help bring change. YG also explained that activism shouldn’t be questioned and that energy should be put towards police and the government.

Among the police brutality victims that BLM supporters are voicing their concerns over are Ahmaud Arbery, Breonna Taylor, and George Floyd. The murderers of Arbery and Floyd have been charged and arrested but this has yet to be the case for Taylor’s in Louisville, KY. The FBI has since opened an investigation into her murder and hopefully, she gets closer to justice.