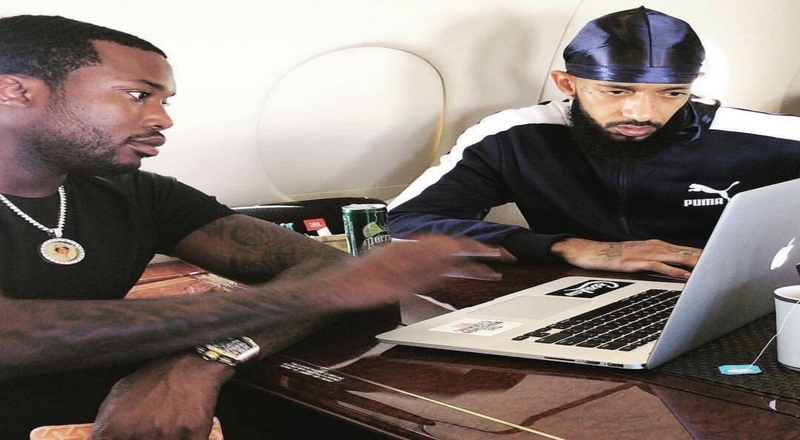 Last week, Meek Mill released a new record titled “Other Side of America.” This discusses what many black people in America go through as the currently is currently seeing many protests in the aftermath of the unjust murder of unarmed George Floyd by Minneapolis PD two weeks ago.

Meek recently took to his Instagram to post a conversation that he had with the late Nipsey Hussle before where they discussed him being featured on Other Side of America. Nipsey proposed the title and confidently said that he’d go in on the song. On Meek’s IG story caption, he said “Nip was suppose to be on this!! RIP King!”

Meek also released a song dedicated to Nipsey this spring titled “Letter To Nipsey” feat. Roddy Ricch. Ricch appeared on Nipsey’s very last single which was 2019’s “Racks In The Middle” as that went on to win a Grammy this year. Meek revealed he had a mixtape that he worked on with Nipsey but they never finished it. The remaining songs have been left for Nipsey’s family. Hopefully, we are able to at least hear Nipsey’s verse on Other Side of America soon though.

Check out the convo along with the Other Side of America song below. 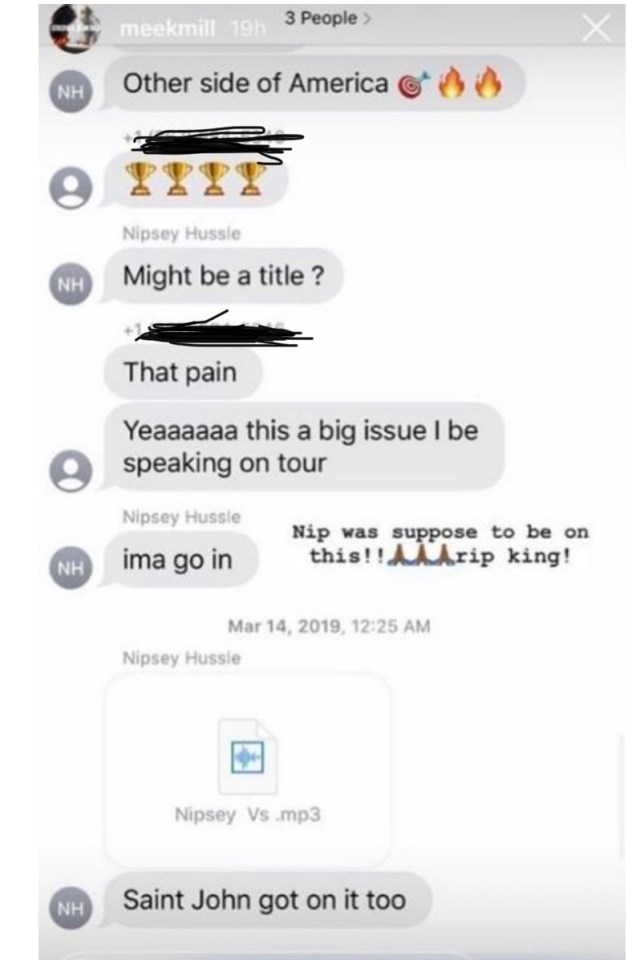