Protests continue to be ongoing nationwide as people are bringing awareness of racism, police brutality and inequality in this country. Terry Crews weighed in on the issues in America right now and he just put up a very controversial tweet.

Crews said that defeating white supremacy without white people creates “black supremacy.” He went on to say that equality is the truth and “like it or not, we are all in this together. This has since been receiving a lot of backlash on social media as they think Crews is making no sense at all.

People have every right to not like what Crews said. White supremacy is the issue right now. It runs the corrupt system that America has right now. The “black supremacy” that Crews is discussing makes no sense at all. This also comes after getting backlash on social media for not having Gabrielle Union’s back after she detailed the racism on the set of ‘America’s Got Talent.’ 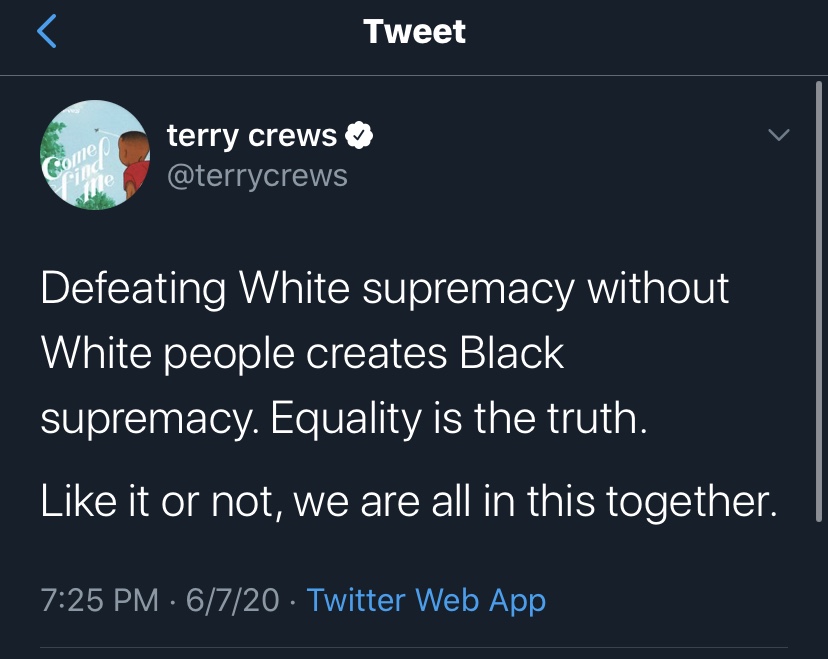 You showed us time & time again that you weren’t sh*t, most recently with not standing by Gabrielle Union so you could keep your job. This seals the deal. pic.twitter.com/Xfl9Xxdlpt

Black Supremacy should not, does not, will not & cannot exist.

You could easily just speak up for the benefits of co-existing w/ White people (who use their privilege for good) w/o creating some ludicrous false equivalency b/w Black self-love & systemic White oppression. #BLM pic.twitter.com/vnpxxtiGmw

Continue Reading
You may also like...
Related Topics:terry crews

Master P Accepts Drew Brees’ Apologies For Comments About Players Peacefully Kneeling To Protest Racism and Police Brutality During National Anthem Disrespecting The Flag; P Doesn’t Think Brees Will Be Viewed The Same in New Orleans Though [VIDEO]
Stephanie Rapkin, attorney at Law Offices of Stephanie G. Rapkin, is the woman who spit in the face of the young black man, peaceful protester [PHOTO]