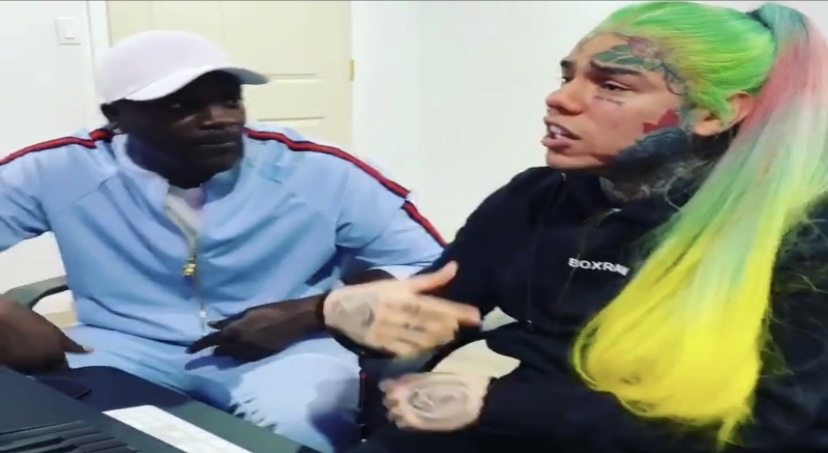 Tekashi 6ix9ine has been beefing with Meek Mill even more by calling him a “wannabe Martin Luther King” and was mad about how Meek released a new song in the midst of protests about police brutality in America. Meek’s song is called “Other Side of America” and is very relevant to these times.

6ix9ine was supposed to release his new “Trollz” single on Friday but delayed it to June 12. He was also supppsee to do an Instagram Live battle with Akon last month but the two never ended up doing it. They do have new music together though as 6ix9ine just posted a video on his IG.

6ix9ine & Akon are doing a sequel to Akon’s breakout 2004 hit single, “Locked Up.” The two were seen vibing to the song as both were definitely feeling what they created. The original song went gold and appeared on Akon’s debut album, ‘Trouble’ that year. 6ix9ine is also currently riding the momentum of his “Gooba” single which debuted at No. 3 on the Billboard Hot 100 chart and the music video has accumulated over 300 million views on YouTube.

Check out Tekashi 6ix9ine & Akon previewing Locked Up part 2 below.