Skip to content
You are here
Home > Hip Hop News > Christian Deviney apologizes, on Facebook, for saying she “felt like running over protesters,” as FedEx confirms she is fired, and she promises the company has a press release coming, about her dismissal [PHOTOS] 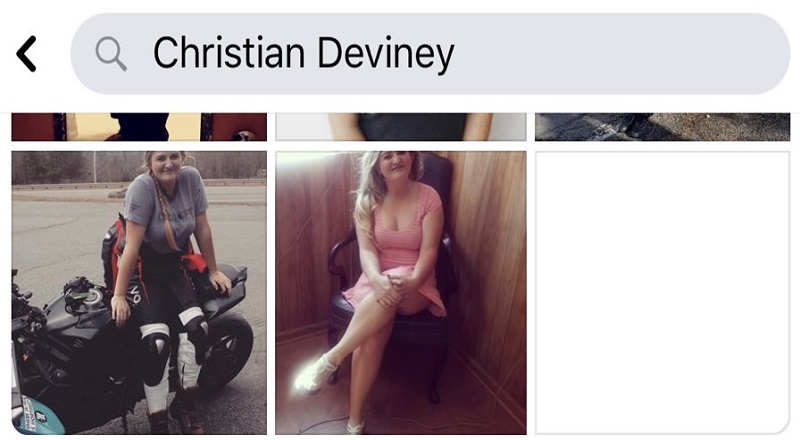 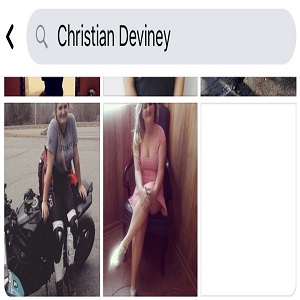 This afternoon, Christian Deviney’s Facebook status, from earlier this week, went viral. In the wake of George Floyd’s death, protests have began, all over the country. This has angered many, who believe the protesters, but mainly people of color, should be punished, for this.

Christian Deviney is among those not in favor of the protests. As a driver for FedEx, she had a pretty big vehicle. On her Facebook Story, she said she was feeling like running over some protesters, and those comments cost her, big time.

Only hours after her Facebook Story went viral, Christian Deviney made a Facebook status, apologizing for her comments. She revealed she was fired from her job, and that FedEx would soon speak on her dismissal. Also, FedEx revealed, via email, that Christian Deviney is no longer a part of their company. 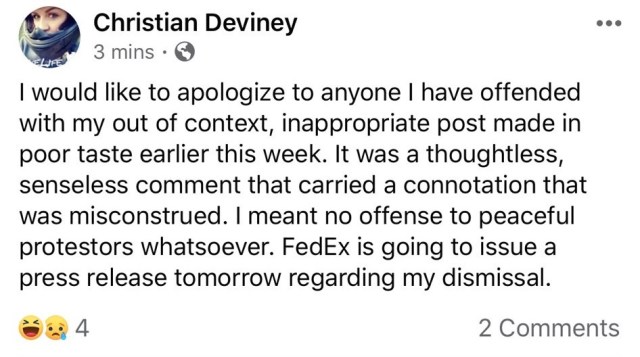 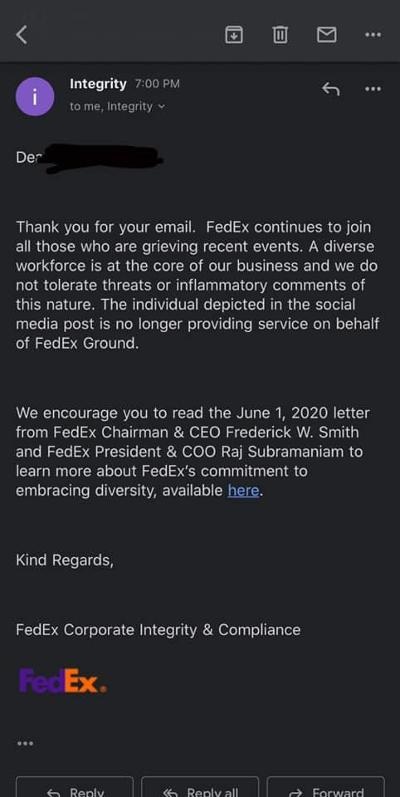