Skip to content
You are here
Home > Hip Hop News > Jonathan Shew, a South Carolina-based Mortgage Loan Officer, suggests that black people should be pushed into the water, doubting that “few of them can swim,” would drown in water deeper than one foot, and hopefully enough die to end the arson and looting, in Facebook comment [PHOTO] 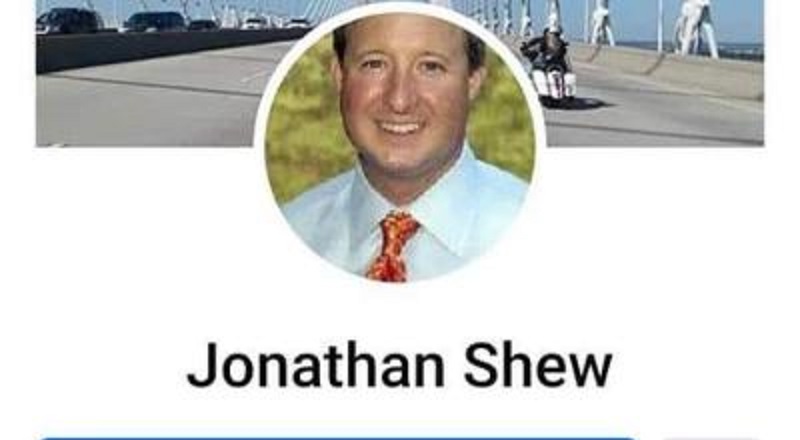 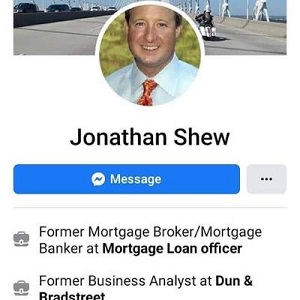 The disconnect is because a man died, for no reason. It was the murder of George Floyd, in Minneapolis. This is where the protests began, but had the police not been murdering people of color, for no reason, there would be no protests.

However, the sad part is that people seem more upset about the property damage than the actual life. Then, there are those openly saying the property is worth more than the lives. Sadly, these people are in strong business positions.

Jonathan Shew is a South Carolina-based Mortgage Loan Officer. In response to the protesting, he suggested “those” (read: black) people need to be thrown in the water. He, and a Facebook friend suggested “they” can’t swim, saying he hopes they “drown away,” and that’s enough of the looting and arson. 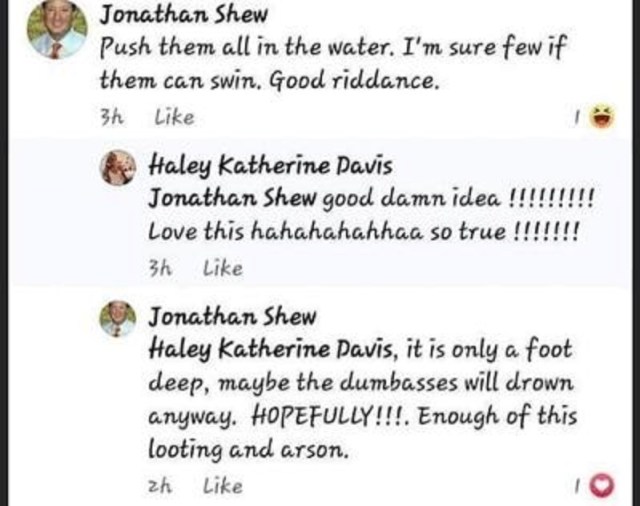