Skip to content
You are here
Home > Hip Hop News > Christian Deviney, a FedEx driver, from Casar, North Carolina, posts from her Facebook Story from work, saying she might run over protesters, in her work truck, adding she was “feelin cute” [PHOTO] 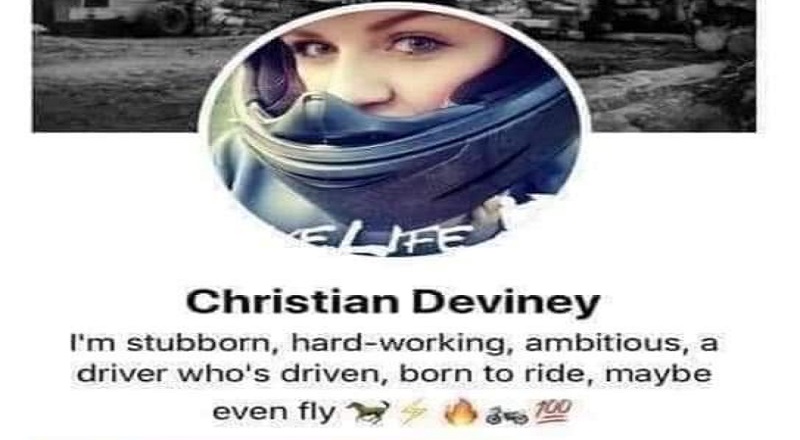 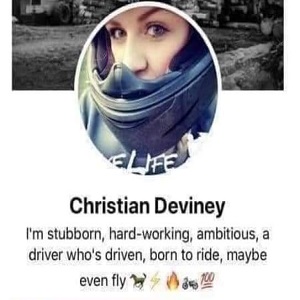 Yesterday, George Floyd was laid to rest, but the protesting remains. It was his death that was the catalyst for all of the protesting that’s going on, right now. But, his death was just one of many deaths at the hands of the police, and people of privilege, towards black people.

However, with the protesting being ongoing, and getting violent, a lot of people have given the protests backlash. But, these are the people more outraged over property damaged, than the lives lost. Many people, business owners, included have made insensitive comments.

Christian Deviney is a driver for FedEx, so she has dealt with people of all backgrounds. But, she remains insensitive about the protesting, despite all of the information about why people are protesting. On her Facebook Story, she posted a pic of herself, and her caption saying she might run over some protesters, presumably with her FedEx truck, her work truck. 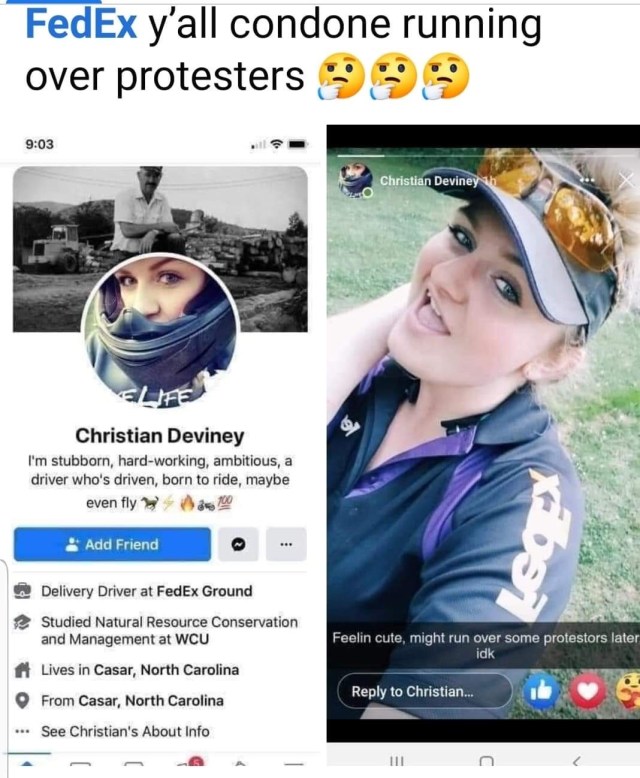