The 48 year old comedian/actor Chris Tucker has allegedly been in a long term relationship with the 4X Grammy-Award winning songwriter and soul singer India Arie for thirteen years while keeping it private. Twitter is in shock as the realization sinks in that Chris Tucker was her “Brown Skin” muse. A few fans are asking for receipts as some began digging up photos of the couple on different occasions over the years. There is a video circulating from 2010 with India Arie singing and playing the acoustic guitar as Chris Tucker can be seen in the background with headphones on vibing along.

The classic Friday actor was rumored to be dating a different woman in 2018 from Atlanta, leaving it hard to decipher if he and the “I Am Not My Hair” musician have been together for 13 years solid as we are still waiting for them to confirm. Tucker was married for six years in the 90’s until he divorced in 2003 where he and his ex-wife share a son, Destin Christopher Tucker. India Arie has no children but was rumored to have dated the Philly R&B singer, MusiqSoulchild in the early 2000s.

India hosts her own podcast on iTunes called “Songversation” where she chooses one of her songs, listens, and does a rundown of each as she recognizes them all as her life’s work. The neo-soul singer brings insight, love and positive vibes on each episode as she has eight albums altogether throughout her career. Whether the two legends have actually been together for thirteen years strong or not, one thing is for certain; Both of the super talented artists have delivered timeless bodies of work in the entertainment industry that will live on with us forever. 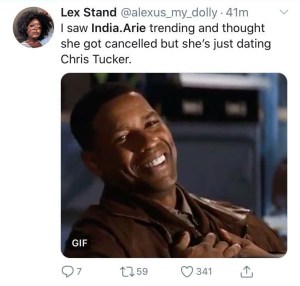 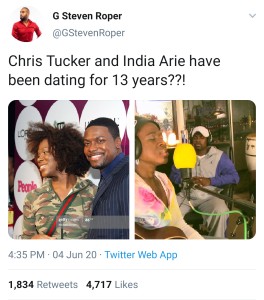 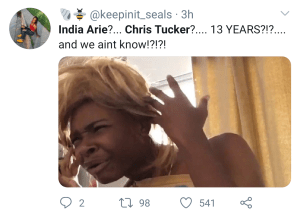 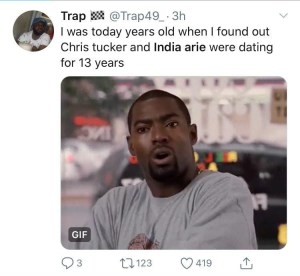 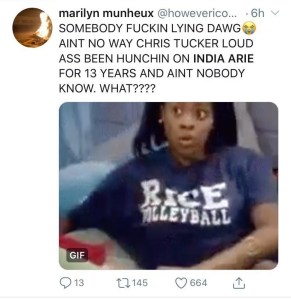 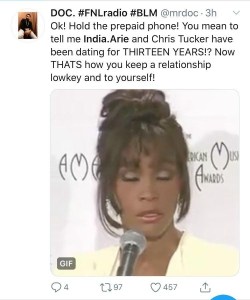