Skip to content
You are here
Home > Hip Hop News > Woman who pretended to board up building, for photo op, Fiona Moriarty McLaughlin, has been fired from her job, as a writer for the Washington Examiner [VIDEO] 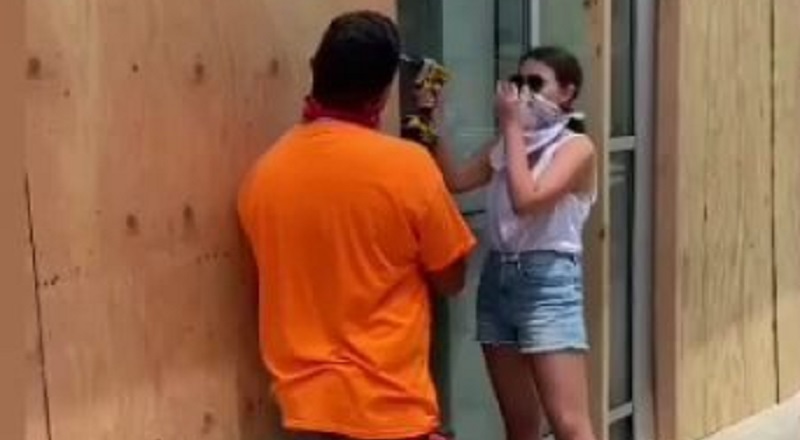 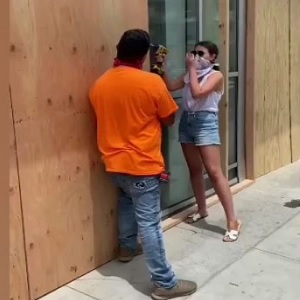 Yesterday, a video went viral of a woman who asked to help a man board up a building. It looked as though she was down for the cause and looking to help. However, she had a man taking a picture of her, and once that was done, they rode off in a Mercedes-Benz.

Given that all of this is going on, due to the murder of George Floyd, the moment is not about any individual. So, for a person to come in, and do a photo op is very disrespectful. But, this woman has been handled, as people are fighting for the bigger cause.

Fiona Moriarty McLaughlin is the woman in the video and she has been handled. It turns out, she is a conservative writer for Washington Examiner, a right-wing media outlet. After the video went viral, the company took action, and fired her.

Fiona Moriarty-McLaughlin went viral after pretending to board up a building.⁣ ⁣ She was holding a power tool by a building destroyed by looters and posed for an Instagram photo before jumping back in a car to drive away. ⁣ ⁣ Social media users were horrified that the woman pretended to help for the sake of a photo.⁣ ⁣ It has since been reported by New York Magazine journalist Yashar Ali that Moriarty-McLaughlin has since been fired from her job at the Washington Examiner.⁣ ⁣ #TheBingeStop⁣ #TheBingeStopNews⁣ #FionaMoriartyMcLaughlin