Skip to content
You are here
Home > Hip Hop News > Todd Bennett, a Belleville, Ontario police officer wears shirt, with Confederate Flag on it, and one of his Facebook friends ask if it’s a treason shirt, and he replies that it’s the “real” Independence Day flag, and that “The South will rise again!,” quoting George Wallace [PHOTO] 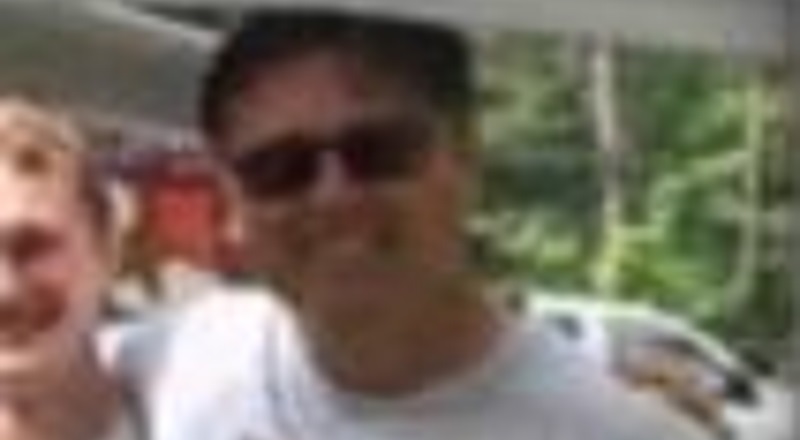 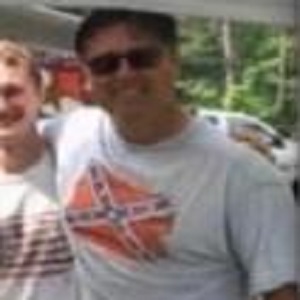 What has happened in the wake of George Floyd has impacted the whole world. In London, there have been peaceful protests, and North of the American border, in Canada, the same debate is going on. It is unfortunate, but some, there, have the same mentality as some, here.

Todd Bennett is a police officer, for the Belleville, Ontario police department. In a Facebook photo, he shared a photo of himself wearing a Confederate Flag t-shirt. When questioned about it, he went over and beyond to promote it.

Responding to a Facebook comment, from a friend, Todd Bennett said his t-shirt is the “real” Independence Day shirt. Those who know about the Old Confederacy know what the flag represents. This police officer added that “The South will rise again,” quoting George Wallace, as he gave Donald Trump his 2020 support. 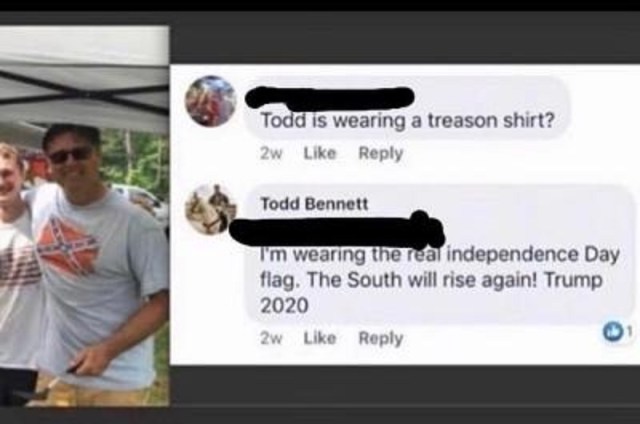