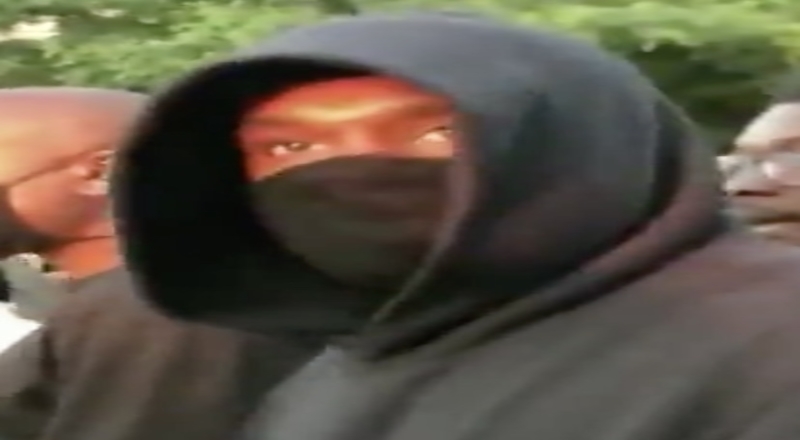 George Floyd’s memorial took place in Minneapolis today, the city where he was killed by former Minneapolis PD Officer, Derek Chauvin, and three other officers. All four have since been charged and arrested as of yesterday. Chauvin’s third-degree murder charge also got bumped up to second. Other memorial services for Floyd will take place in North Carolina and in his hometown of Houston next week.

Protestors have been marching for Floyd for 10 nights now and more celebrities are also joining along. We’ve seen J. Cole, Keke Palmer, Nick Cannon and more join the fight for justice. Now, the latest one to do so is Kanye West. He was seen tonight in his hometown of Chicago on the south side covered in a mask and a sweatshirt with his hoodie on.

West has sadly made it known since 2018 that he’s a Donald Trump supporter and that he still plans on voting for him in November. This was stated in an interview with GQ in April. Luckily though, he’s been supporting the cause in the fight against social injustices. He donated 2 million to the families of Ahmaud Arbery and Breonna Taylor and set up a college fund for Floyd’s daughter. Hopefully, these gestures get him to move away from his allegiance to Trump. Check out Ye marching in Chicago below.

Kanye West is out protesting tonight on the South Side of Chicago: pic.twitter.com/JlxXdSB5oO