Skip to content
You are here
Home > Hip Hop News > 1501 Certified Entertainment CEO and Former MLB All-Star, Carl Crawford, Arrested For Domestic Violence From May; Choked Ex-Girlfriend and Slammed Her Head After Finding Out She Is Seeing New Man 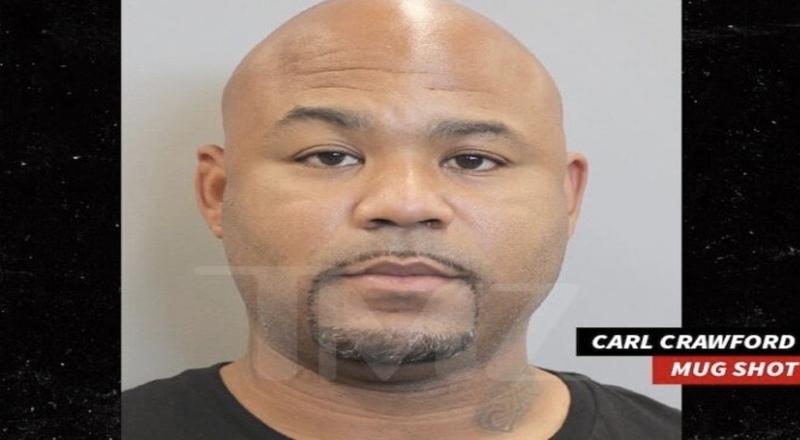 Carl Crawford has recently been dealing with a woman and a child drowning in his pool at a gathering he held at his Houston home last month. Now, more problems are here as he has been arrested for a domestic violence incident that occurred last month, according to court documents obtained by TMZ.

Crawford is facing a felony charge in Texas as he allegedly choked his girlfriend while also at gunpoint. This occurred after the two met at his home on May 8 to “talk things out” after a breakup of two and a half years. When she arrived Crawford pulled out a semi-automatic handgun and then the woman claimed that he “Unloaded the clip and ejected a round of the pistol and began walking towards her holding the firearm.”

Crawford also allegedly threatened her and said if she lied to him, he’d hurt her. She tried to leave but he pushed her to the ground. The legal docs also stated that he “held the gun in one hand, and used the other hand to grab her by the head and neck, while asking her how long she had been dating a male acquaintance.” She said she only knew this man for a week but then Crawford accused her of lying and banged her head on a wall.

While choking the woman, Crawford also asked how long she had been having sex with this man. She was luckily able to get away once her one-year-old daughter came up to them. Once she left, Crawford reportedly texted her “That wasn’t a beating u just mad I made u confess.”

Crawford also supposedly paid someone to track down the man she is speaking to. His charge is assault of a family member. His bond is currently set at $10,000.

Crawford was a 4x MLB All-Star as he played 15 seasons and with the Rays, Red Sox and Dodgers. He also runs 1501 Certified Entertainment as their biggest artist to date is Megan Thee Stallion. She and the label had issues in March though as she claimed that Crawford wouldn’t let her release new music. Megan was able to that week though as she obtained a temporary restraining order and released her ‘Suga‘ EP which featured the hit single, “Savage.”