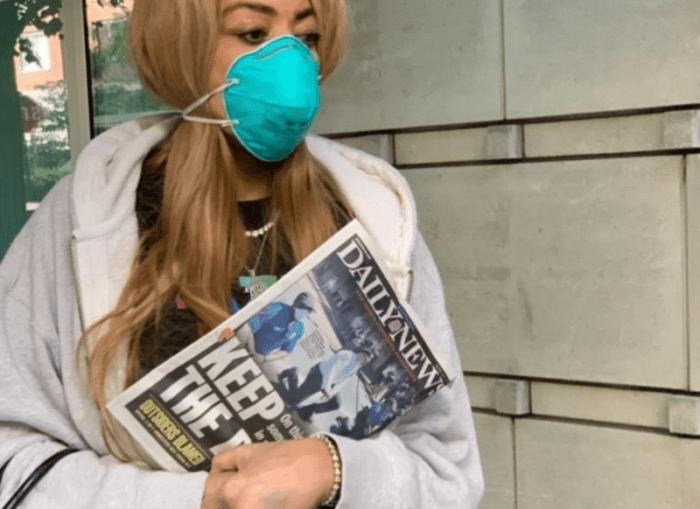 Wendy Williams is said to be under heavy surveillance at New York Presbyterian hospital during the quarantine as her ex-husband Kevin Hunter has allegedly manipulated and brainwashed their son to turn against his mother. The arrray of events has caused the talk show host to have a breakdown. Williams has taken several “L’s” over the years, with most of them being very public as she now is said to be on suicide watch. Anonymous sources share that she is pacing the floor, not eating, randomly bursting into tears and talking to herself.

The 55 year old talk show host is said to be alone with a shaved bald head as doctors are running tests on her. Wendy Williams became a household name over the years after gaining her fame and notoriety from her abrasive approach to celebrity gossip. With a career beginning as an on-air radio personality, Williams maintained a career in the radio and broadcasting for over 10 years – from New York to Philly – and eventually landed a space on syndicated television.

She filed to end her nearly 22-year marriage earlier last year as claims of ex-husband, Kevin Hunter, were made of his consistent cheating scandals. The drama continues for Wendy Williams as many sympathize for her during this time as her health has taken a rapid decline. She had also been battling with Grave’s Disease for years; An autoimmune disorder that causes hyperthyroidism and effects about 1 in 200 people.