Protestors that continue to march to protest the murder of George Floyd in Minneapolis last week by former cop, Derek Chauvin and two other officials are making a hell of a difference in trying to spark change. Different cities nationwide have shown up in huge numbers to bring this awareness of racism and police brutality.

More celebrities are supporting the people in these protests and the latest are two of Toronto’s finest. The Weeknd has donated $500,000 to organizations that stand against inequality in America. $200,0000 went to Black Lives Matter Global Network, $200,000 to Colin Kaepernick’s Know Your Rights Camp, and $100,000 to National Bail Out.

“keep supporting our brothers and sisters out there risking everything to push for actual change for our black lives,” said The Weeknd on Instagram. “Urging everyone with big pockets to give and give big and if you have less please give what you can even if it’s a small amount. #blacklivesmatter (links in story)”

Drake also came through with a donation or $100,000 to the National Bailout Fund. Mustafa the Poet donated $400 and he challenged Drake and The Weeknd to add three zeroes and that’s exactly what the Toronto legends did. Drake responded on his Instagram Story by saying “Say less brother.” Salute to both of them for making a huge difference like this. 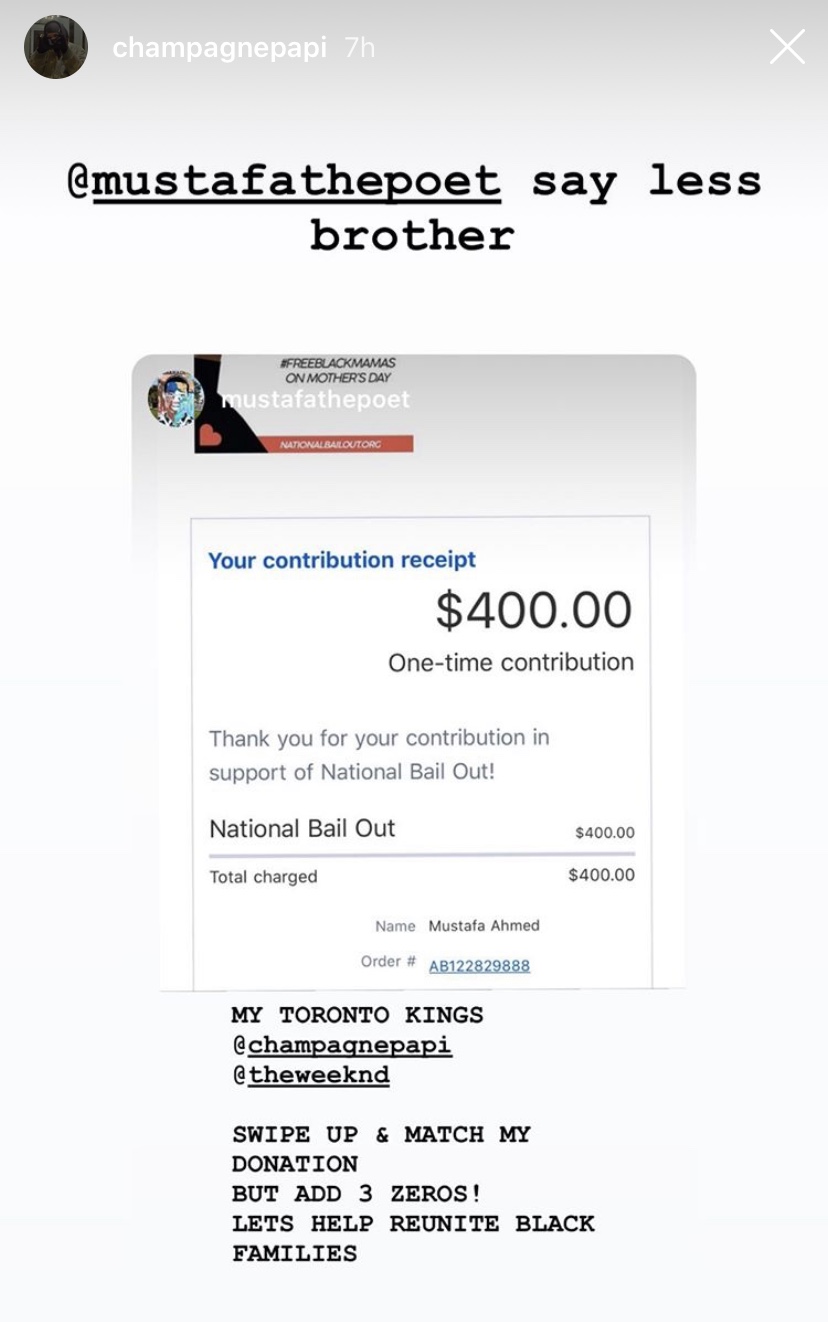 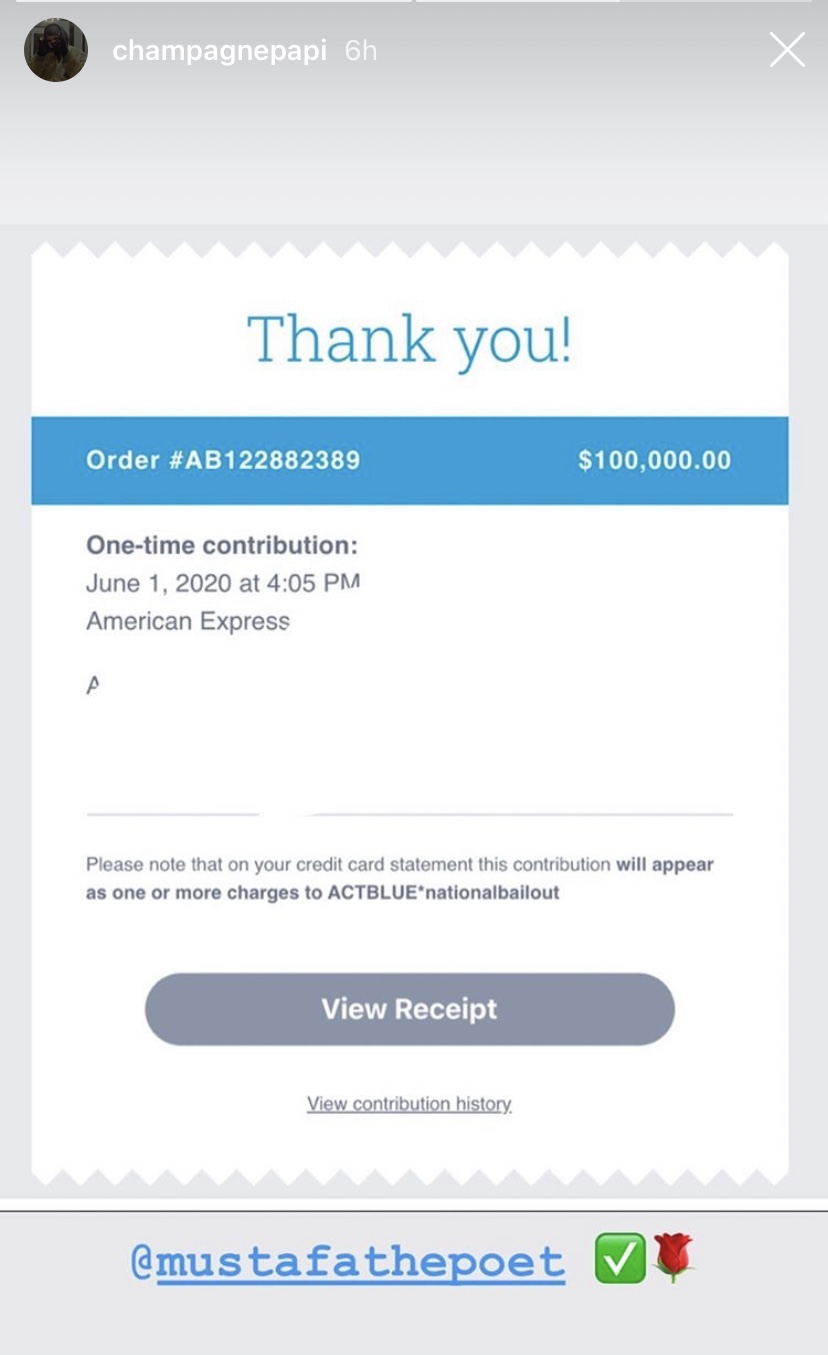 Continue Reading
You may also like...
Related Topics:drake, george floyd, the weeknd

Tekashi 6ix9ine Says He Can’t Speak on “Certain Topics” Such as Racism and Police Brutality Because He’s Still Not a Free Man
Fenty Beauty, Shady Records, Chase Bank and more joins the Black Lives Matter Movement in participating in #BLACKOUTTUESDAY where all social media and radio play will take the day off to pause among all of the madness