Skip to content
You are here
Home > Hip Hop News > People are demanding that L.A. Police Chief Moore be fired immediately after he says that “the blood of George Floyd’s death is on protesters hands” [VIDEO] 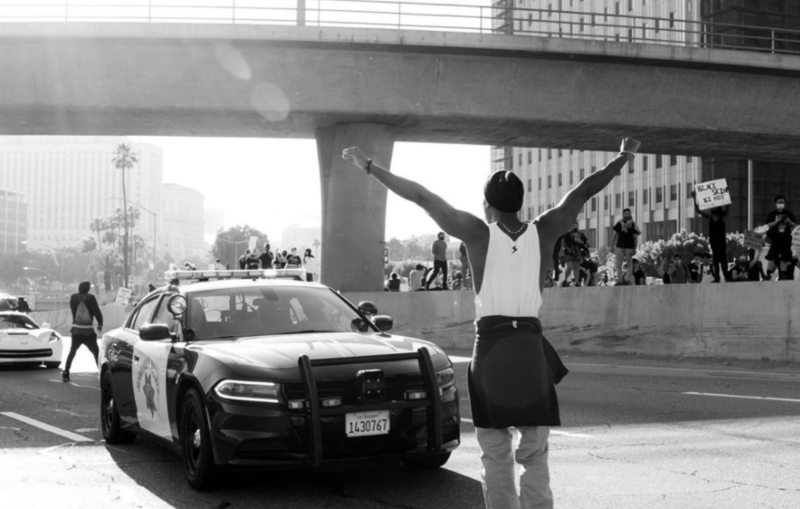 The city of Los Angeles is no stranger to racism and police brutality that rap groups like N.W.A. and Public Enemy put on blast more than 25 years ago. The city’s sad history is seemingly repeating itself as protesters and rioters take to the streets in rage — much like post the Rodney King arrest and beating. Today the LA Police Chief Moore spoke on live television and said:

“We have people mourning the death of this man. George Floyd. We have people capitalizing. His death is on their hands, as much as it is those officers.. and that’s a strong statement..”

The police chief refers to the protesters, rioters, and looters that have continuously shown up in representation of a nation that is exhausted with the unjust treatment that has not stopped in over 25 years from the police that take full advantage of their power in authority.

The Mayor of Los Angeles, Eric Garcetti, came to Police Chief Moore’s side as he sends out a tweet apologizing for his comments:

“The responsibility for George Floyd’s death rests solely with the police officers involved. Chief Moore regrets the words he chose this evening and has clarified them.”

Mayor Garcetti has been quite vocal in his stance about this situation and gave an emotional statement on the death of George Floyd as he shares his pain with the black community. On the other end, LA Police Chief Moore called the police the “essence of our government,” then blamed George Floyd’s death on protesters. He retired in 2018 as deputy chief to receive a 1.27 million dollar payout before being rehired as Chief six months later. He currently collects over $300K a year but that may not be for long as the American people are demanding his termination.

Fire him now wtf mans really tried to Blame protesters for the death of George Floyd when the protesting was done after the video went viral pic.twitter.com/FFqpy5W7V1