Skip to content
You are here
Home > Hip Hop News > 50 Cent Tries To Troll Gayle King and Oprah By Saying Reposting Meme Saying They Tear Down Black Men And Aren’t Speaking on George Floyd Which Is False; The Meme Says “Greg” Instead Of George 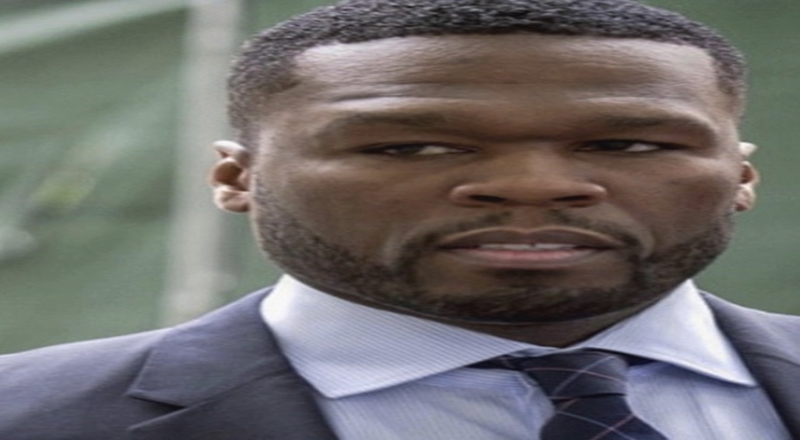 America has done an amazing job in supporting George Floyd getting justice after he was killed by former Minneapolis PD Officer, Derek Chauvin and two other officers last week. Chauvin was seen holding his knee against Floyd’s neck for eight minutes and 46 seconds.

Chauvin has since been moved to a maximum security cell which is the Minnesota Correctional Facility-Oak Park Heights in Stillwater. He is facing third-degree murder and second-degree manslaughter charges. Many are calling for first-degree which is the right thing to do. Floyd’s independent autopsy report came as well and it was ruled that he died from a homicide as a result of asphyxia.

50 Cent is now speaking more on Floyd’s death but this time, he is dragging Oprah Winfrey and Gayle King into it as well. They are being known by social media now for bashing black men and never holding white criminals accountable. He posted a meme with the two in it as the caption said “Last seen, tearing down black men, but nowhere to be found when it comes to murder of Greg Floyd, or any injustice directed at black men.” 50’s own caption was “Just facts people” with a bomb emoji. The problem here is, who is Greg???

Winfrey and King have actually spoken on Floyd’s murder on Winfrey’s virtual Weight Watchers virtual tour. Oprah also took to her Instagram feed to do so. 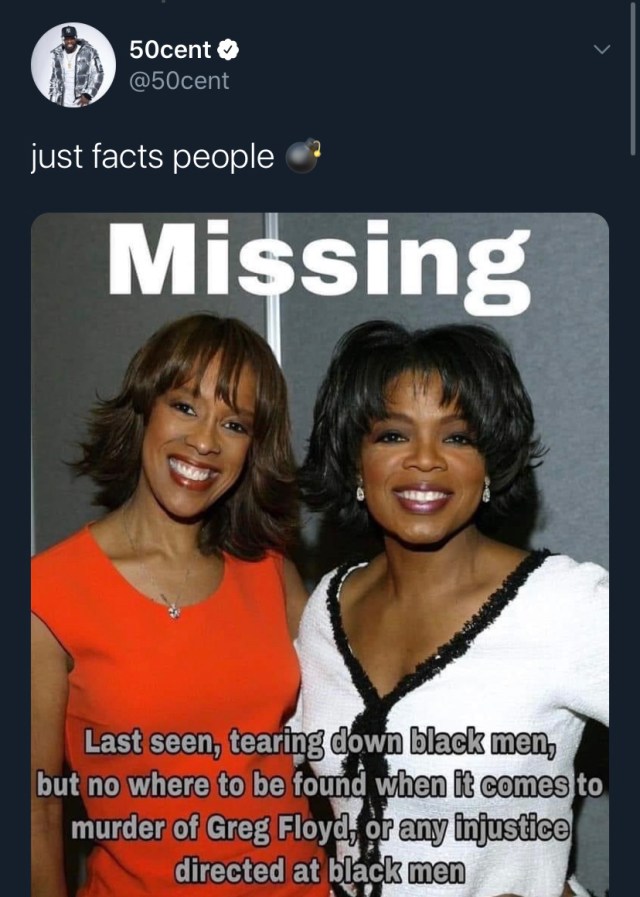 I’ve been trying to process what can be said or heard in this moment. I haven’t been able to get the image of the knee on his neck out of my head. It’s there every morning when I rise and when I go through the ordinary duties of the day. While pouring coffee, lacing my shoes, and taking a breath, I think: He doesn’t get to do this. And now the video from the other angle of two other officers pinning him down. My heart sinks even deeper. His family and friends say he was a gentle giant. His death has now shown us he had a giant soul. If the largeness of a soul is determined by its sphere of influence, George Floyd is a Mighty soul. #GeorgeFloyd: We speak your name. But this time we will not let your name be just a hashtag. Your spirit is lifted by the cries of all of us who call for justice in your name!