Skip to content
You are here
Home > Hip Hop News > Ron Lindig, the owner of Fine Line Custom Painting, in Jacksonville, NC, blasts a woman on Facebook for suggesting peaceful protesting, telling her to “go back to the motherland,” refers to black people as “motherf*ckers,” accusing them of using protesting as an excuse for thieving [PHOTOS] 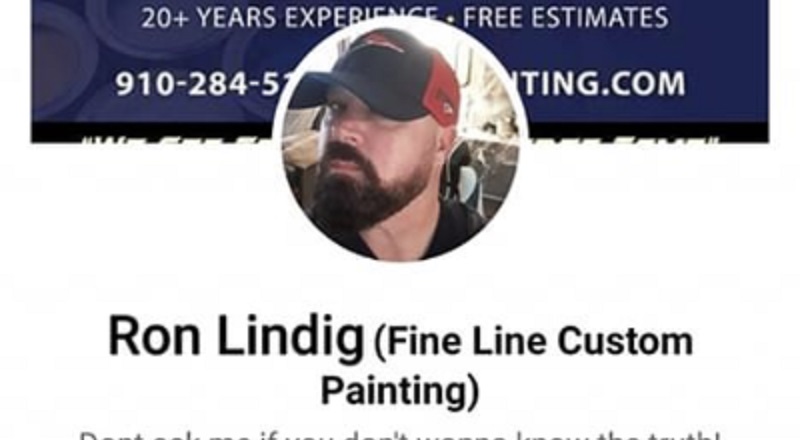 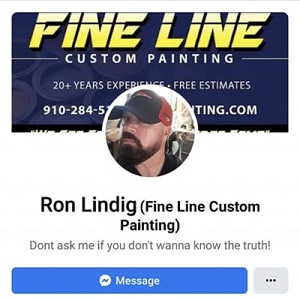 The protesting is happening for a reason, which stems much deeper than George Floyd. Instead, he is a symptom of a bigger problem, which many have tried to fight. For many, his death was the final straw, so the protesting began.

Very quickly, the protesting turned into rioting, which turned into looting, overshadowing the initial protesting. Some people can’t see beyond the looting, pinning it all on the black people. Of course, that isn’t the entire case, but racists are using this as ammunition.

A Jacksonville, North Carolina woman organized a protest in front of the Walmart, on Marine Boulevard, which took place on May 30. Blaming all of the looting on black people, Ron Lindig went on a racist tirade, blaming the black people for these problems. He, the owner of Fine Line Custom Painting, called black people “motherf*ckers” and referred to them as “thieves.” 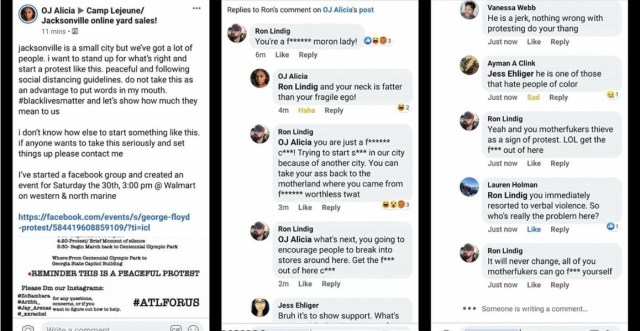