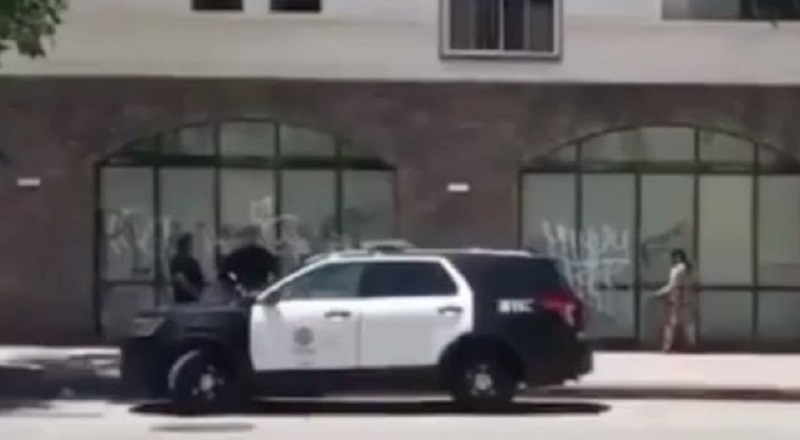 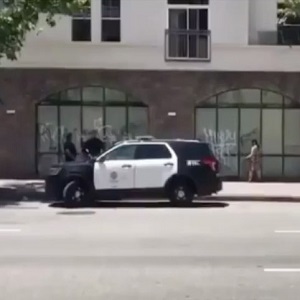 Vandals, across America, are being handled, in different ways. The narrative is that most of these vandals are black. However, certain news outlets have made a point of making it clear that people of all races are out here fighting for the cause.

Unfortunately, not everyone is fighting for the cause. The cause is the murders of black people at the hands of the police. George Floyd is the latest casualty, murdered in Minneapolis by the police, as one officer held his knee to his neck, obstructing his breathing, until he died.

Since then, protests have taken root, throughout America. This has led to police officers using excessive force, primarily against black people protesting. However, in Los Angeles, this white woman was vandalizing a property, while the LAPD officers, three of them, watched, talked to her, and even laughed at her.

#PressPlay: This is crazy…