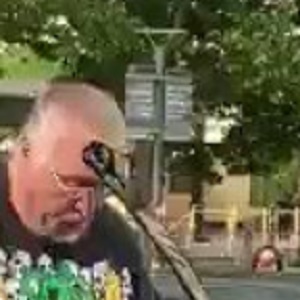 All over the United States, people are protesting, after George Floyd’s death. For many, this is the last straw, and people are fed up. Those who understand this, understand, but then there are those who refuse to see the world outside of their own life.

This is ground zero, in Salt Lake City, Utah, yesterday. Understandably, people are upset, and there are more than just protests going on. There are people that are out here rioting, too, and all of it comes from something real.

One white Salt Lake City man decided to take matters into his own hands. The man had a bow and arrow, intending to shoot the protesters and this is when it turned into a riot. When people saw what he was doing, they confronted him, and beat him up.

CNN’s Don Lemon Calls On Celebrities Such as Ellen, Diddy, and Drake To Speak Out More On Protests and To Help Protestors Who Are On The Front Lines of Bringing Awareness To George Floyd’s Murder [VIDEO]
Roddy Ricch and His Bird Vision Entertainment Record Label Helped Donate Meals To Over 700 Front Line Workers at Los Angeles’ MLK Hospital