Skip to content
You are here
Home > Hip Hop News > Tory Lanez Calls Out Shekinah Jo After Thinking She Was Defending Gucci After Its Atlanta Location Was Looted on Friday After George Floyd Protests; She Responds To Tory on Instagram Live By Condemning Looting But Still Not Approving of What Police Continue To Do To Black People [VIDEO] 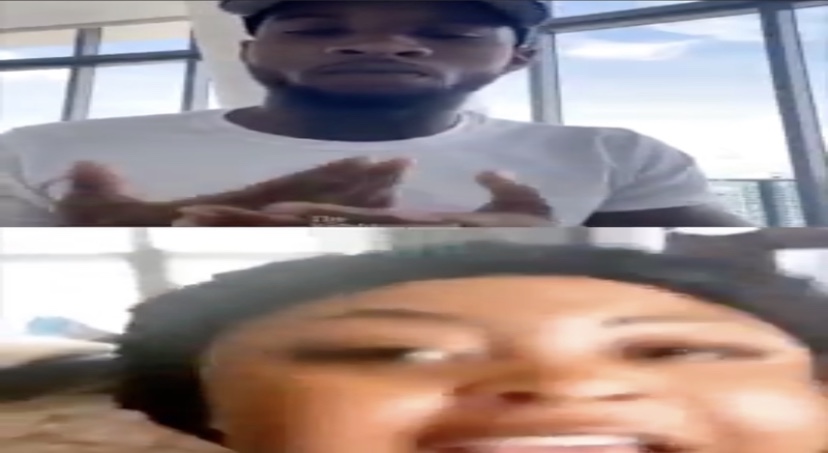 Protests grew in large numbers nationwide this weekend in support of George Floyd, the unarmed black man who was killed by former Minneapolis PD Officer, Derek Chauvin. More celebrities are being called on to use their platform to address these issues and one who wasn’t approved of was ‘T.I. and Tiny: Family Hustle’ star, Shekinah Jo.

Jo was on Instagram Live this weekend expressing her disapproval for the looting and riots in downtown Atlanta on Friday that took place after three hours  of peaceful protests. Phipps Plaza in the high end Buckhead area of Atlanta was hit around midnight with the Gucci store being looted. The popular Ice Box jewelry store was also looted. Jo believes that these businesses didn’t do anything to these looters as she explained this emotionally with tears in her eyes.

Tory Lanez recently got on Instagram Live to question why Jo seemed to defend Gucci so much as it was a very confusing video to him. Both him and Jo went on Live together and she explained that she is all for protesting racism but is against her city being destroyed.

Tory Lanez calls out Shekinah after a clip of her allegedly crying on IG live about the Gucci store goes viral. She joins the live. 😩 pic.twitter.com/1zj23EQ5BB