Skip to content
You are here
Home > Hip Hop News > Jay Z Releases Statement After Speaking With Minnesota Governor, Tim Walz, Calls For Attorney General Keith Ellison To Prosecute All Officers Involved in Floyd’s Death To The Fullest Extent of The Law 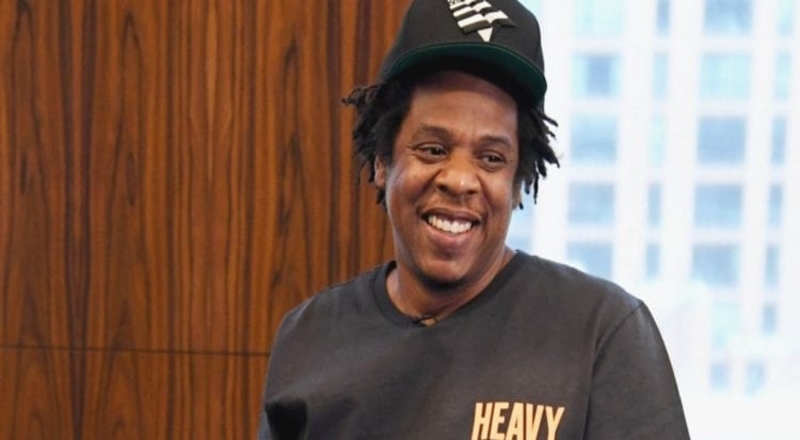 Jay Z revealed this weekend that he spoke with Minnesota Governor, Tim Walz, regarding the murder of George Floyd. The hip-hop legend also released a statement on Instagram just now thanking Walz after revealing that Attorney General Keith Ellison is taking over the case.

Jay went on to say that the conversation with Walz was between a father and a black man in pain. He is calling for AD Ellison to do the right thing and prosecute “all those responsible” for the murder of Floyd to the fullest extend of the law. Jay added that he is more determined to fight for justice than any fight that his “my would-be oppressors may have.”

Salute to Hov for always speaking out on social injustices in America such as racism and police brutality. We need justice for George Floyd now. Chauvin has since been put in jail on $500,000 bond. He is facing third-degree murder and second-degree manslaughter. Many want these charges to be much more severe though and they should. Two other cops were on top of Floyd and they need to be held accountable as well.

Check out Jay Z’s full statement regarding George Floyd below. 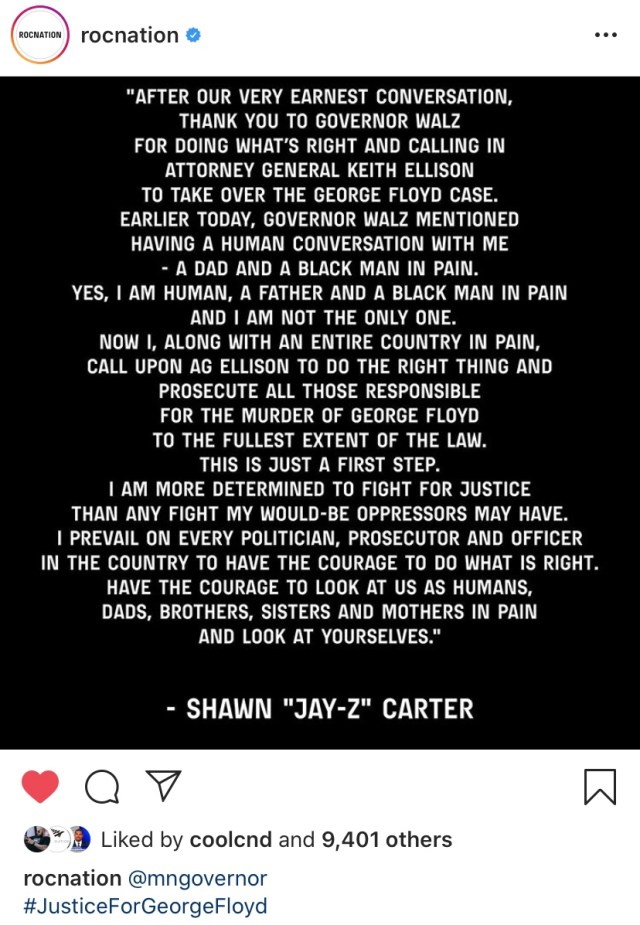