Skip to content
You are here
Home > Hip Hop News > CNN’s Don Lemon Calls On Celebrities Such as Ellen, Diddy, and Drake To Speak Out More On Protests and To Help Protestors Who Are On The Front Lines of Bringing Awareness To George Floyd’s Murder [VIDEO] 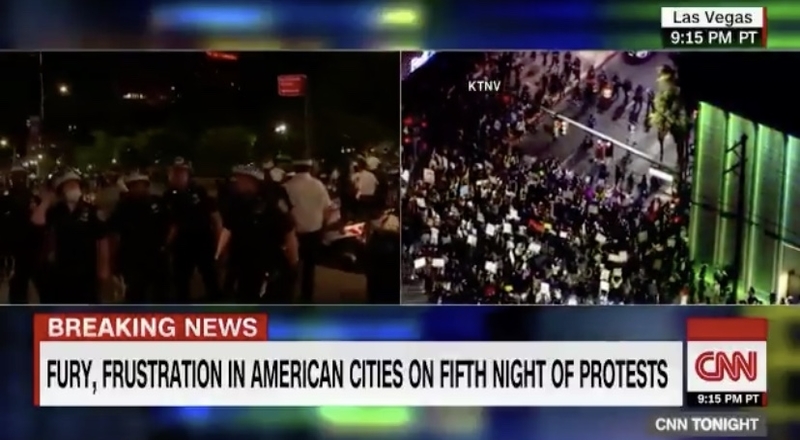 Protests have been rising all weekend long in bringing awareness to George Floyd, the unarmed black man who died as a result of former Minneapolis PD officer, Derek Chauvin. Chauvin is currently in jail on $500,000 bond and is being charged with third-degree murder and second-degree manslaughter. TMZ also reported that he’s supposedly on suicide watch.

Late Saturday night, CNN’s Don Lemon was on the air discussing the protests and used his platform to call out both white and black celebrities to use their platform to help protestors and also to speak out on what’s happening in America publicly. He revealed that some refused to speak on it due to fear of hurting their brand. Lemon also called out celebrities such as Ellen DeGeneres, Diddy, and Drake to help make positive differences. Diddy has already said that this is about human rights and not a race issue which is wrong.

Lemon also added that celebs who are texting him keep asking “What is happening to our country?” and also gave him props for what he’s doing at CNN. Lemon went on to say that they need to do something and not just watch TV in their mansions. He was definitely preaching facts. It’s also disappointing that many celebs feel that speaking on social injustices such as racism and police brutality would “hurt their brand.”

Check out Don Lemon calling on celebrities to take a stand below.