Skip to content
You are here
Home > Hip Hop News > B. Simone Shows Up To a Protest In Support of George Floyd After Saying on Twitter That Social Media Will Never Cancel Her When She Said People Should Pray For People Who Cause Racism and Police Brutality [VIDEO] 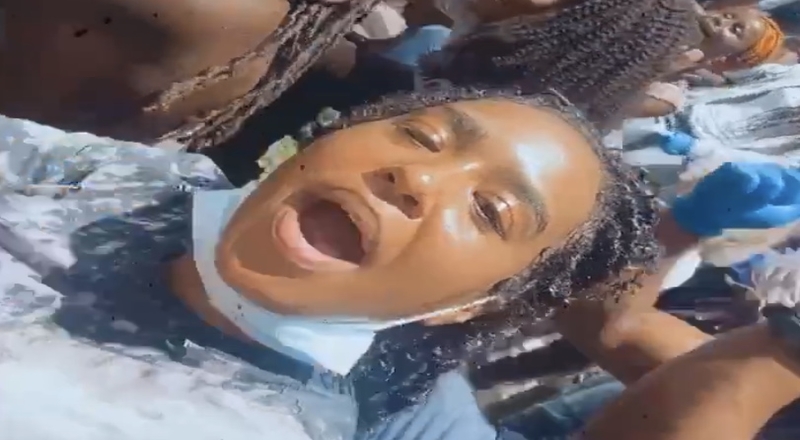 B. Simone has been catching heat all Sunday long on social media. She initially said that doing your part is about loving neighbors, praying for the enemy, checking on black friends and signing petitions. People weren’t feeling the pray for the enemies part at all though.

Social media then said they’d cancel Simone and she made the bold claim that she’ll never be canceled. This is not true at all. Desi Banks has been getting destroyed on social media after he made claims about the way that people should protest and now, Simone is heading towards a wrong path at all with these tweets.

Following her tweets, she posted to social media videos of her at a protest. Many people believe that she just did this to make up for the tweets and isn’t genuine when it comes to intentions. Social media is a strong fire to play with. Everyone supported Simone when she officially became a millionaire this spring and she could lose fans just as quick as they supported her. Check out her tweets along with her at a George Floyd protest below. 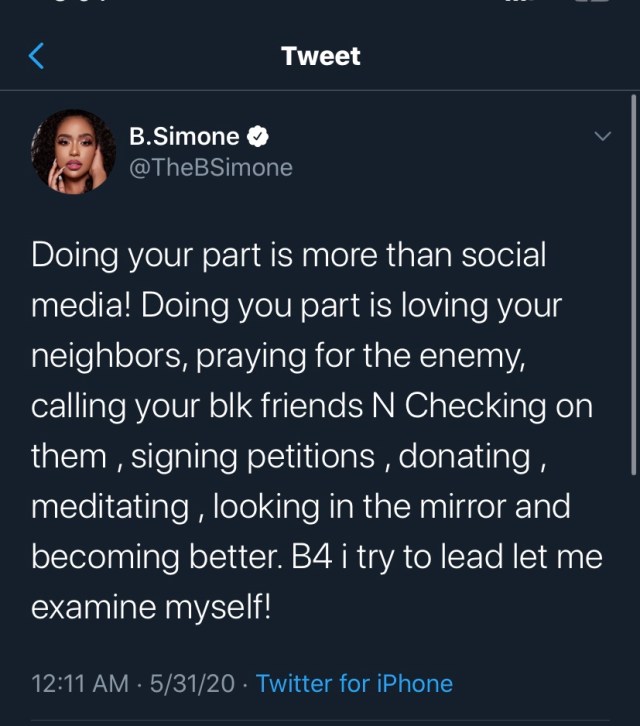 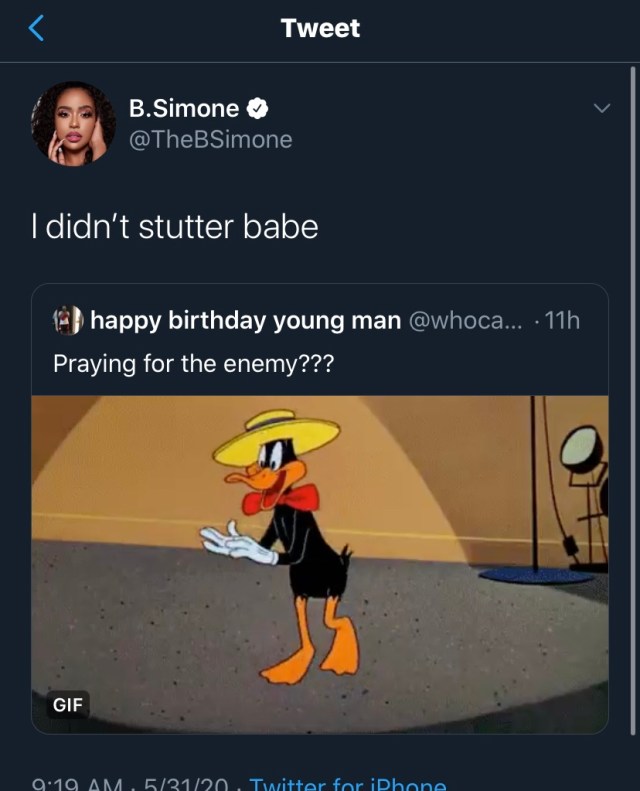 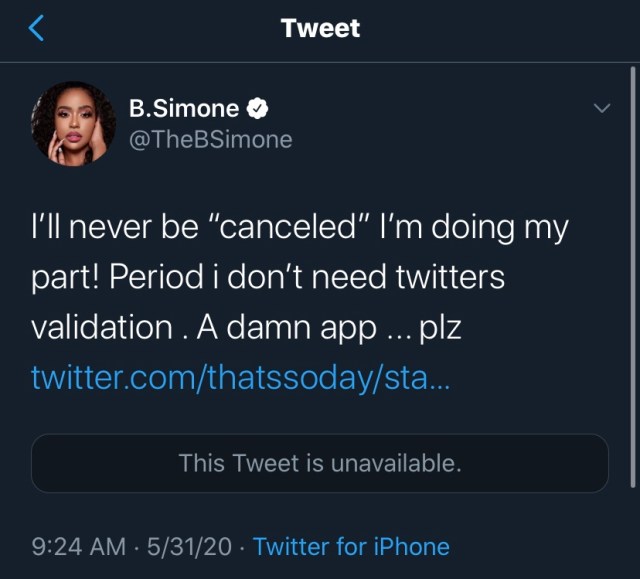 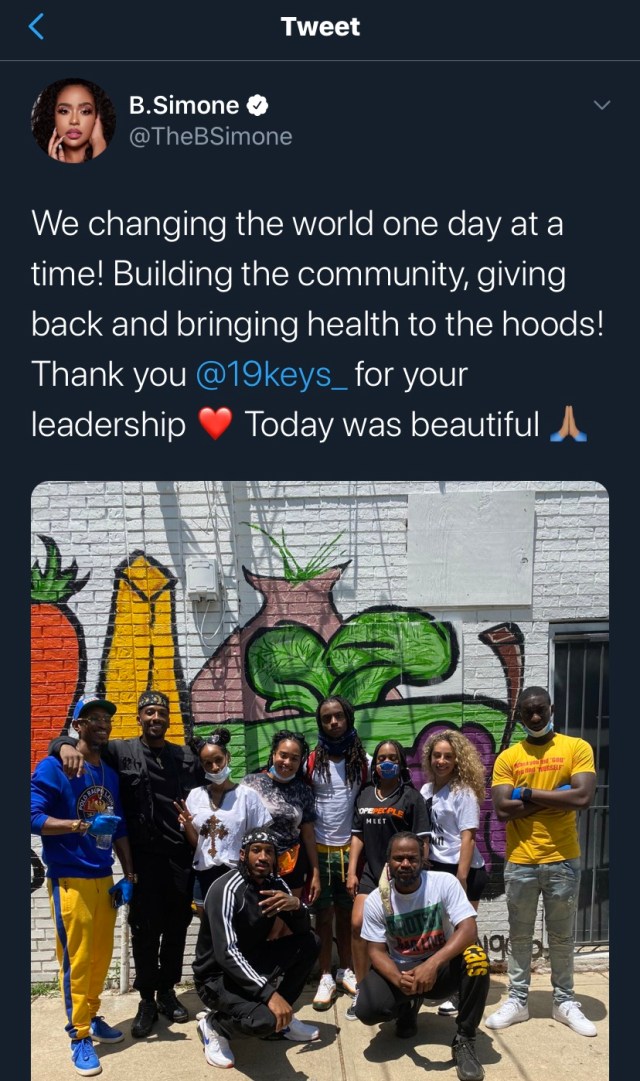