Skip to content
You are here
Home > Hip Hop News > Ray J Drives Through Protest For George Floyd in Los Angeles; People Think He Only Came To Show Off His Rolls Royce and Himself as People Chant “Get Out The Car!” [VIDEO] 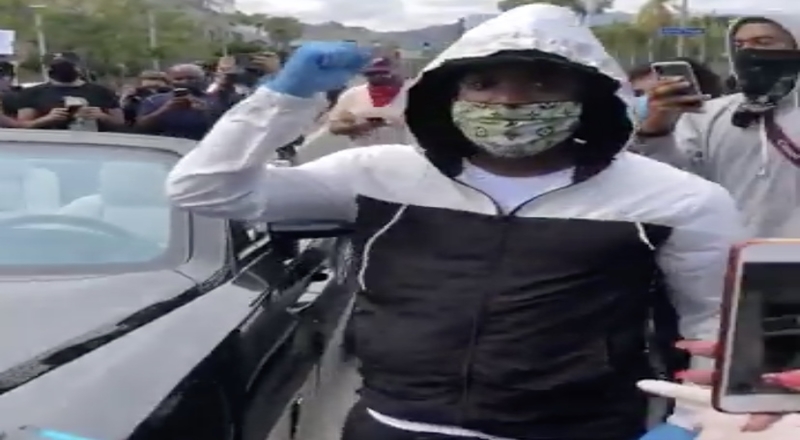 Protests have been growing in large numbers again today and Los Angeles has been making a lot of noise. The downtown area was packed last night and today, Beverly Hills was also a huge area of protestors. Ray J was in his hometown as well and he was seen riding in a Rolls Royce.

People spotted Ray immediately and started chanting “Get out the car!” He seemed skeptical for a bit but did end up getting out of the car. He didn’t speak much but raised his fist as he was wearing a mask and a sweatshirt with his hood up. People assumed Ray made this about himself though by pulling up with his luxury car and making people pay attention to him.

People wanted Ray to get out the car. He did that. It’s unusual to think that he wanted all the attention to him in this protest. Check out Ray J pull up to the protest along with Twitter reactions below.

Ray j get out the car pic.twitter.com/5DUHceqFMj

Ray J is still yearning for the attention he never received as a child. This shit is pathetic. https://t.co/W6lWg4qamg

Ray J showed up to the protest today to flex. He didn’t come for George Floyd. For Breonna Taylor. For Ahmad Arbery. He came there to make a scene. And quite frankly, I’m highly disgusted. #RayJ pic.twitter.com/pbMArxufAK

That stunt Ray J pulled was trash and unnecessary. How do you somehow make a protest about you?