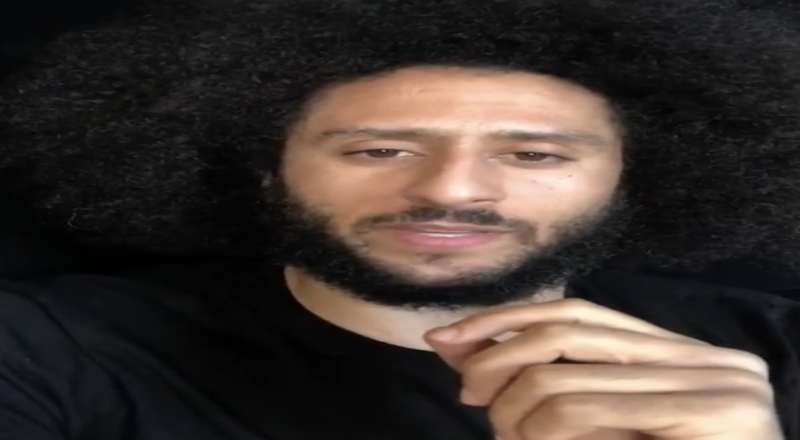 Protests raged on all around the country yesterday to bring awareness to the murder of George Floyd by former Minneapolis PD officer, Derek Chauvin as he had his knee on his neck. He was hit with third-degree murder and manslaughter but that is simply not enough. He did have intent to kill along with the fact that two of the officers that was with him helped him hold down Floyd.

Colin Kaepernick on Thursday, “When civility leads to death, revolting is the only logical reaction. The cries for peace will rain down, and when they do, they will land on our deaf ears, because your violence has brought that resistance. We have the right to fight back! Rest In Power George Floyd.”

Now, Kaep is taking a bigger initiative by paying for protestors arrested by police as they continue to show Floyd support. He took to Twitter to say “In fighting for liberation there‘s always retaliation. We must protect our Freedom Fighters. We started a legal defense initiative to give legal representation to Freedom Fighters in Minneapolis paid for by @yourrightscamp For representation or to donate.” This comes after he donated $100,000 to the Know Your Rights COVID-19 Relief Fund.

Kaep has always done a great job of speaking out against social injustices in America such as racism and police brutality. He is sadly still being blackballed by the NFL for peacefully kneeling during the national anthem to protest these ongoing issues in our country.