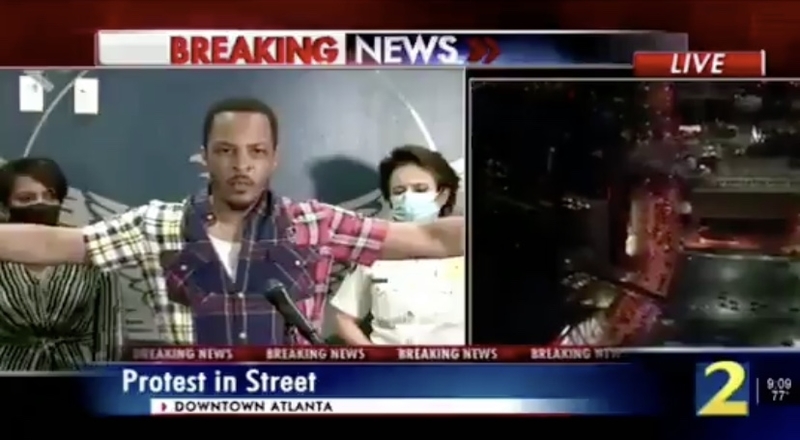 Protests are still ongoing all around America to protest the murder of George Floyd by former Minneapolis PD officer, Derek Chauvin. He was charged with third-degree murder and second-degree manslaughter today but many rightfully believe that it should’ve been first-degree. In Atlanta, protests grew even more as a police car was lit on fire and the outside of the CNN Center was damaged.

Atlanta Mayor, Keisha Lance Bottoms, angrily spoke out about people destroying their city. Atlanta legends, Killer Mike and T.I., who work with Bottoms closely, also condemned the violence. T.I. spoke about how Atlanta is about prosperity and paid homage to hometown figures such as Martin Luther King Jr and Andrew Young.

T.I. had social media buzzing though when he said “This is Wakanda” in reference to Atlanta and how it is sacred. Many weren’t feeling the Wakanda comment since it’s from a movie (Black Panther) and it doesn’t relate to the issue that is being protested. Social media also believes that the protestors need to get more support from major figures in Atlanta.

Chauvin is currently being held on $500,00 bond. Check out T.I. speaking about the Atlanta protests below.

"This is Wakanda. It’s sacred. Must be protected" – T.I. pic.twitter.com/0FiEPHVtZy