Skip to content
You are here
Home > Hip Hop News > Lil Wayne Addresses Murder Of George Floyd; Tries To Defend How All Police Aren’t Bad and The Blame Should Be On Ourselves For “Not Doing More” [VIDEO] 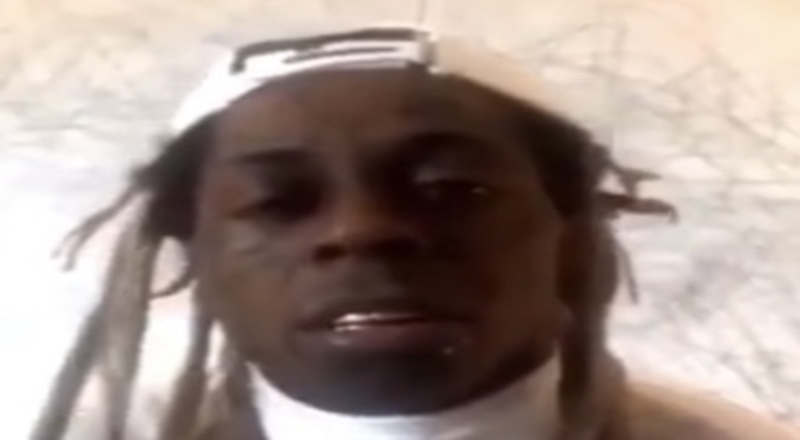 Protests have raged on all across America as people want to bring awareness of unarmed 46-year-old black man, George Floyd’s death in Minneapolis, MN on Monday. Derek Chauvin had his knee on Floyd’s neck for seven minutes as he died. Three other officers were with Chauvin at the time.

Many celebrities are using their platforms to address this disgusting injustice but one who isn’t helping at all is Lil Wayne. He appeared on Instagram Live with Fat Joe and discussed the murder. He believes that the whole force shouldn’t get the blame for all of the police brutality that keeps happening here in America.

“I think when we see these situations, I think we also have to understand that we have to get very specific. … And what I mean by that is we have to stop viewing it with such a broad view, meaning we have to stop placing the blame on the whole force and the whole everybody or a certain race or everybody with a badge.”

Wayne added that we should blame ourselves for “not doing more than what we think we’re doing.” Wayne also sounded very insensitive about not speaking on issues such as racism and police brutality.

It’s very sad that a hip-hop legend like Wayne who has so much influence fail to use their platform to help try to bring positive change. Chauvin has also just been arrested and taken into custody, according to Minnesota Public Safety Commissioner, John Harrington.

Check out the video with Wayne and Fat Joe below.