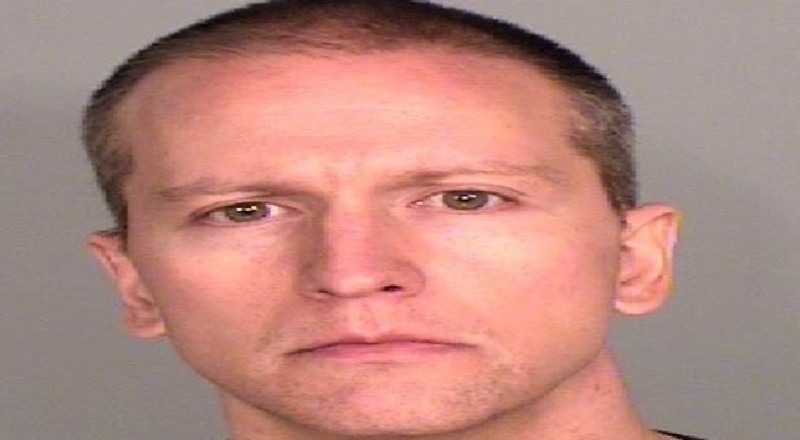 Earlier today, former Minnesota PD officer, Derek Chauvin was charged with very questionable third-degree murder and second-degree manslaughter charges. This sentence would carry 25 years in prison when it should be longer and makes it seem as if Chauvin’s actions were unintentional. This is after Chauvin killed 46-year-old unarmed black man, George Floyd on Monday night. He had his knee on Floyd’s neck for close to nine minutes. These should’ve been first-degrees and hopefully, this will end up being the case.

Chauvin’s mugshot has now been released as protests are ongoing around the country to help bring Floyd justice. The autopsy was also released today which tries to back up this disgusting person. It stated “The autopsy revealed no physical findings that support a diagnosis of traumatic asphyxia or strangulation.”

Chauvin and the three other officers are all responsible. They helped hurt Floyd as well. He didn’t die from any health condition. Chauvin’s knee was directly on his neck as Floyd kept saying “I can’t breathe.” They all need to be held accountable with Floyd getting justice. Chauvin is also a cop who has had 18 complaints about him in the past. His bail is currently at $500,000. Dr. Michael Baden has also been hired by Floyd’s family to serve as a private medical examiner.

“The autopsy revealed no physical findings that support a diagnosis of traumatic asphyxia or strangulation.” So how is Chauvin going to be found responsible for Floyd’s death? pic.twitter.com/Y6wvfrHgMK