Hip-hop mogul and Roc Nation owner Jay-Z met with the NFL’s social justice efforts earlier last year which was surrounded by controversy as he was looking to land a deal with the organization via RocNation to help “advise on selecting artist for major NFL performances like the Super Bowl.”

The deal would effectively have Jay-Z play a major role in the NFL’s launch of the “Inspire Change” initiative, a group of NFL players and others that sought out to advance social and racial justice. Several heartbreaking injustices has taken place since then, and as of late has had us all in our feelings.

After searching for answers as everyone experiences different gut-wrenching feelings toward Amerikkka, Twitter users begin to take a look around and ask about Jay-Z and the NFL’s “initiatives” and question where all of that is at now. Both the NFL organization and Jay-Z have been silent as the world watches police brutality against black Americans at an all-time high. 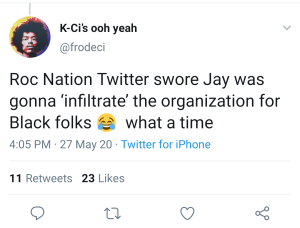 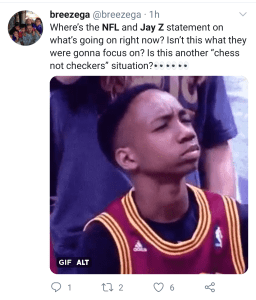 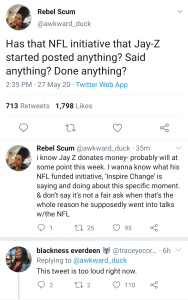 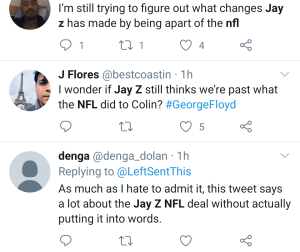