Skip to content
You are here
Home > Hip Hop News > Joe Cunningham, owner of Wraps2Go in Charlotte, makes racist remarks about George Floyd, saying all “n*ggas” deserve to have their necks stepped on, and calls them “trash of the world” 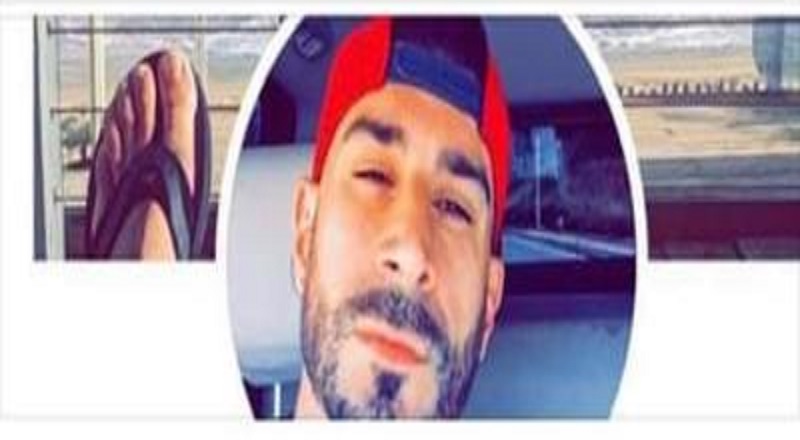 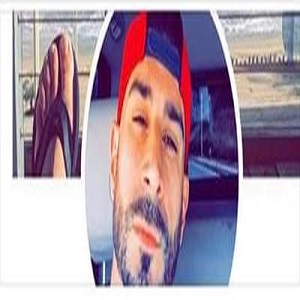 It’s sad enough that the nation has to deal with a pandemic, but now there is the George Floyd murder. People are rioting in the Minneapolis streets, but not everyone understands why. Even worse, there are people who don’t care, and even think Floyd’s murder is justified.

When these deaths happen, which is far too often, it causes a lot of discussion. Particularly, the discussion takes place on social media, and there is normally an insensitive person. With George Floyd, a local businessman in North Carolina was the insensitive one.

Joe Cunningham owns the vehicle wrap business, Wraps2Go, and he made inflammatory comments on Facebook. Not only did he have choice words about the George Floyd situation, but about the black community, as a whole. He said black people deserve knees to the neck, calling them “thieves” and “trash of the world.” 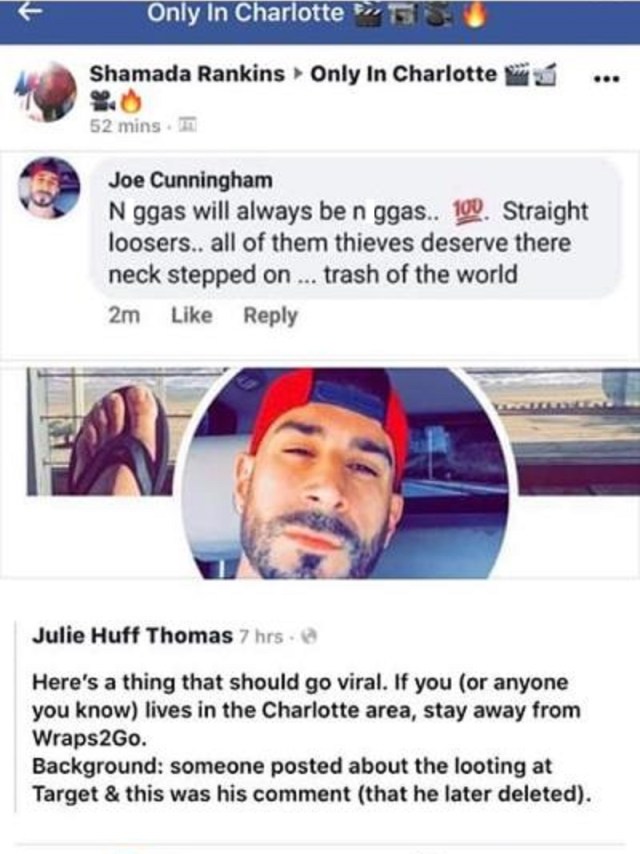 68 thoughts on “Joe Cunningham, owner of Wraps2Go in Charlotte, makes racist remarks about George Floyd, saying all “n*ggas” deserve to have their necks stepped on, and calls them “trash of the world””