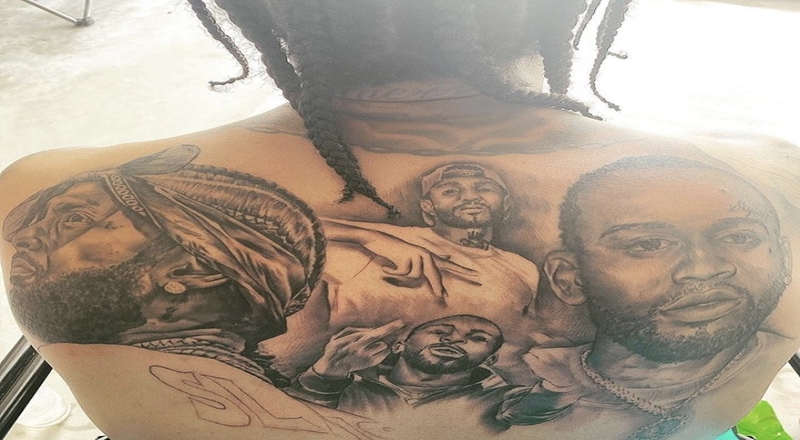 Last week, Dave East was cited or possession of marijuana and disorderly conduct in NYC, according to NBC NY 4. Video was posted to his social media account as bystanders viewed this situation as harassment but he ended up being free. East was reportedly in the backseat of this SUV as it was initially pulled over for failing to signal a turn.

East is now doing his thing again as he posted to social media a photo of a large back tattoo that he got of Nipsey Hussle and Kiing Shooters’s faces. Nipsey was shot and killed in front of his The Marathon Clothing store in his hometown of Los Angeles last March. Shooter died as a result of a liver problem as a result of drinking too much Hennessy, according to East. Shooter was a native of Queens, NY and like East, he was also signed to Nas’ Mass Appeal record label. His debut LP, ‘Still Outside,’ was released in March.

East is also getting ready to release the third installment of his ‘Karma’ mixtape series. This is after he released his debut studio album, ‘Survival,’ in November which was led by tracks such as “Alone” featuring Jacquees,” “Godfather 4” feat. Nas, and “Need a Sign” feat. Teyana Taylor. East also has a new Kiing Shooter tribute titled “My Loc” that he dropped this week as well. Check out the new tattoos by Dave East honoring Nipsey Hussle and Kiing Shooter below. 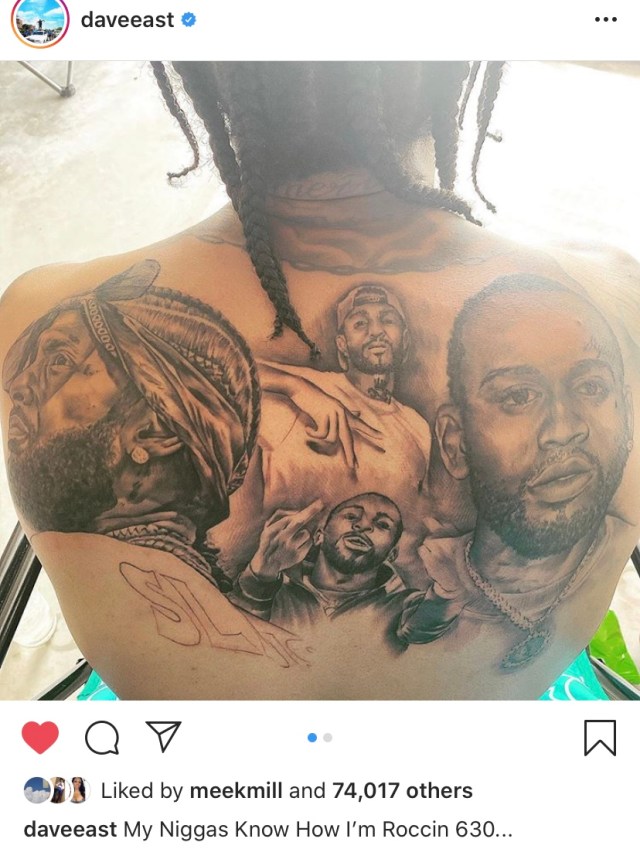