The rapper and Love and Hip Hop Atlanta reality star Waka Flocka lost his younger brother Kayo Redd a few years ago to suicide and left Waka Flocka a different man. He has openly expressed choosing to walk away from rap music soon after to deal with the anger and hurt.

As time passed the Brick Squad rapper found himself accepting a spot on reality tv alongside his wife, Tammy Rivera and more recently has shared that they have a new reality show on WeTV called ‘Waka & Tammy: What the Flocka.’ His announcement to dedicate his life to suicide prevention and mental illness is followed by plenty of feedback from Twitter and Instagram alike, as most of his fans are extremely supportive, while others find the gesture comical coming from the Atlanta rapper. 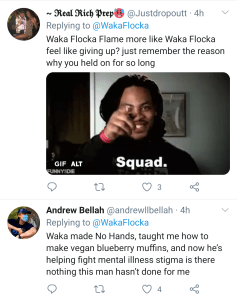 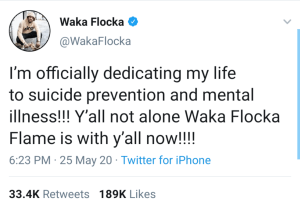 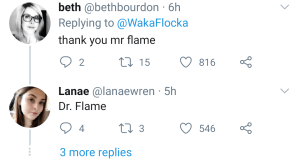