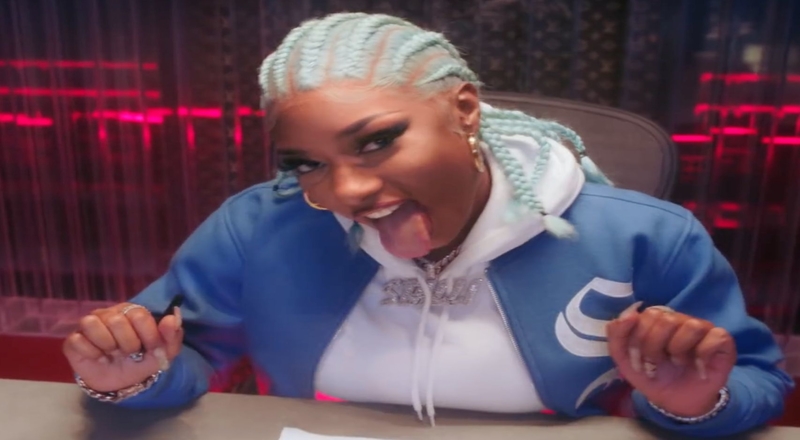 Megan Thee Stallion continues to become one of the hottest rappers out as she released her ‘Suga‘ EP in March. The hottest single to come out of this project was “Savage” as it earned a remix with Beyoncé. Other singles that gained a lot of attention though was “B.I.T.C.H.” which is a sample of 2Pac’s 1996 “Ratha Be Ya N*gga” song and “Captain Hook.”

Captain Hook is still buzzing as it was recently certified gold by the RIAA at 500,000 units, according to Chart Data. The numbers on YouTube have been impressive as well as it has now reached over 24,806,669 views. Megan celebrated this accomplishment on Twitter as she excitingly said “Damn hotties let’s goooo!!!! We getting platinum next!”

The Suga project as a whole did very well as it peaked at No. 7 on the Billboard 200 chart. It contained nine tracks in total with appearances by Kehlani and Gunna. Fans also anticipate that Megan releases her long-awaited debut studio album sometime this year as well. Megan clarified that Suga was an EP and not the debut album on ESPN’s ‘First Take’ show.