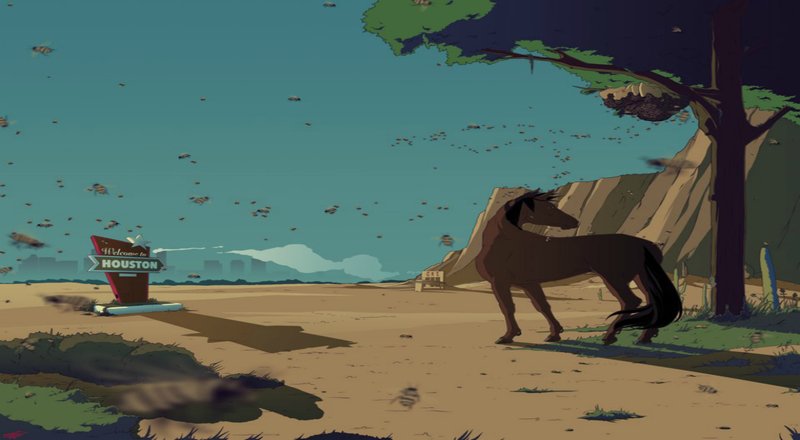 At the end of April, Megan Thee Stallion released the remix to her smash hit single “Savage” which featured fellow Houston legend, Beyoncé. This record had social media on fire as they were impressed by the chemistry that Megan and Bey had together. It debuted at No. 2 on the Billboard Hot 100 chart next to Doja Cat’s “Say So” remix featuring Nicki Minaj. This marked the first time in Hot 100 history that four black women occupied all four spots.

Now, Megan’s Savage remix is finally on top. According to Chart Data, it jump four spots to reach No. 1. Megan took to Twitter to celebrate as she said “AHHHHHHHHHH HOTTTIESSSSSSSS WTFFFFFFFF.”

The original version of Savage was released on Megan’s ‘Suga‘ EP which was released in early March. This project also contained other hit singles such as “B.I.T.C.H” and “Captain Hook.” These two tracks have since been certified gold by the RIAA. For the Savage remix, she and Bey also gave proceeds of the record to Bread of Life Houston’s COVID-19 relief efforts. 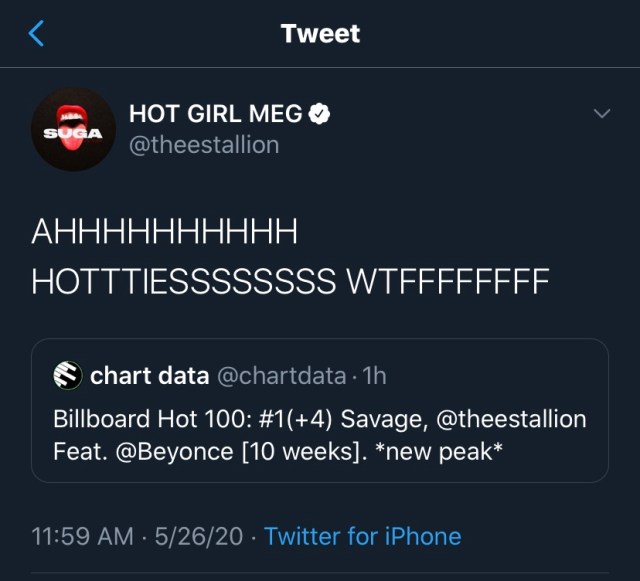