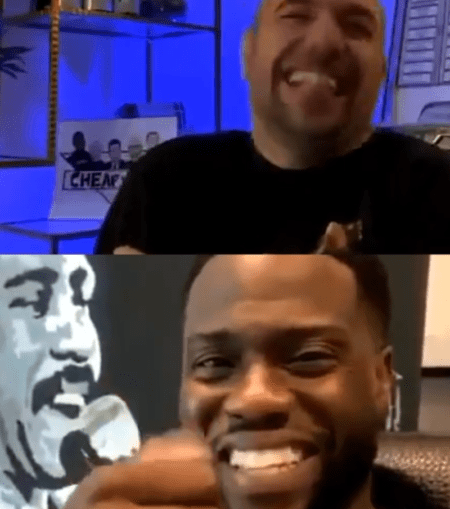 The 40 year-old comedic rockstar Kevin Hart joins radio and television host Peter Rosenberg and discusses highlight moments in his career on Open Late with Peter Rosenberg. As the interview progresses on @Complex Instagram Live, Hart gets very honest about his intentions with goals that he has for the near future.

Hart confesses that he is currently figuring out how to get himself, Dave Chappelle, and a few other comedians in a film together. The comedian/actor is adamant when sharing that he cannot go further in his career without this happening.

“My dream is creating that Harlem nights feel of film for today.”

Kevin Hart is referring to the 1989 iconic comedy-drama Harlem Nights, directed by the legendary comedian/actor, Eddie Murphy. The film was a classic and original story filled with every black comedian/actor in Hollywood ranging from Richard Pryor and Redd Foxx to Della Reese and Charlie Murphy. The movie was an instant hit for the culture.

Hart says that this is a priority and that with his producer hat on he will crack the code to make this project a reality.

When asked who he would select as the cast for a Harlem Nights 2020 film, Hart begins to list all of the top comedians of today including Dave Chapelle, Martin, Chris Tucker and finishing with Katt Williams and  Mike Epps. This may come to a surprise to some as the comedians have had conflict in the past, but for a project of this magnitude, Kevin says those things can be put aside as he is not “the grudge dude.”

“There’s a way to see past all of the dumb sh** and for them to see the greater good.”

Mike Epps and Kevin Hart have had controversy spill over onto social media over the years, which has seemingly been due to Mike Epps being bitter over Kevin Hart’s explosive career. Katt Williams has even posed threats towards Kevin after comments were made on a Breakfast Club interview.

Can the comedians look past their issues and create an iconic movie for this generation?