Skip to content
You are here
Home > Hip Hop News > Doja Cat Finally Breaks Silence on Being in Chat Rooms With Racists and Stripping For Them, 2015 Song Title That Supposedly Mocked Police Brutality Victims, and More; Claims Being a Black Woman, Didn’t Engage in Racist Chats, and Regrets The Way Song Was Portrayed 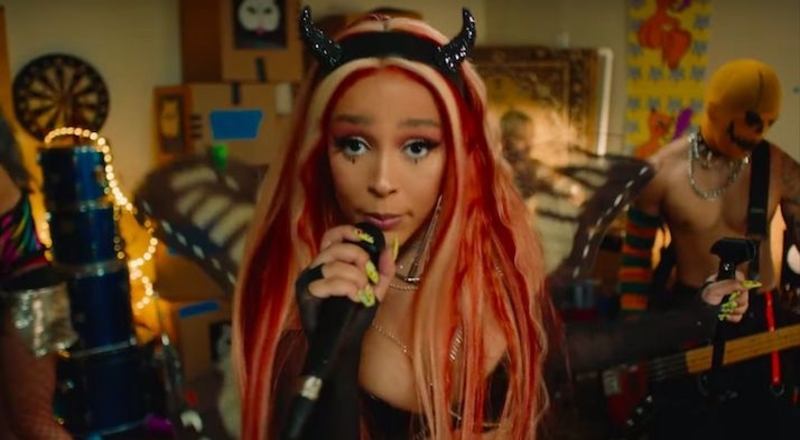 Doja Cat has been canceled by social media over the weekend as a video surfaced of her on Tiny Chat supposedly chatting with racist people a week ago and people even saw her twerking for them and putting her finger in her mouth. She was also supposedly in racist chat rooms. A song from 2015 that she recorded titled “Dindu Nuffin” was also viewed as mocking victims of police brutality.

Now, Doja is finally speaking on these controversies after soaking everything in all weekend. She said that she’s used chat rooms to socialize ever since she was a child. She acknowledged that she shouldn’t have been on some of them but never engaged in any racist conversations. She went on to apologize to anyone she offended.

Doja is also now finally claiming herself as a black woman as half of her family is black and from South Africa. She also denied not being proud of being black. As far as the Dindu Nuffin song, Doja explained that it was written in response to people who people who used the term to hurt her. She wanted to “flip its meaning” but realized that it was a bad move to use the term in her music. As far as Doja’s ethnicity, she is biracial.

Doja has had a solid 2020 musically as her “Say So” remix featuring Nicki Minaj reached the top spot of the Billboard Hot 100 chart a few weeks ago. She started to blow up as a star at the end of 2019 with the release of her sophomore album, ‘Hot Pink.’ Check out Doja Cat finally speaking out below along with the evidence of her bigotry from this weekend. 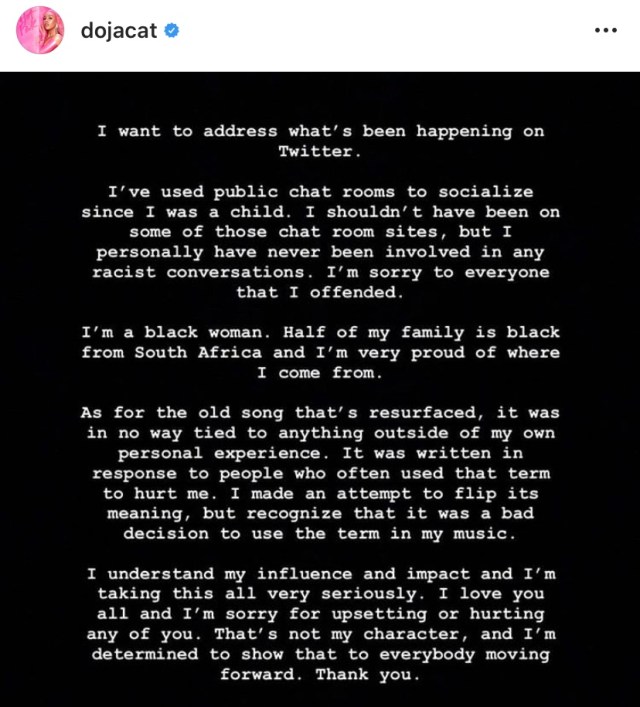 doja leaving less than 600 tweets on her accounts. Here's an exemple of the sh*t she posts before she deleted it#dojacatisoverparty pic.twitter.com/war7WC58fg