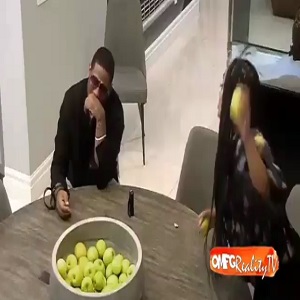 Yesterday, fans’ heads turned, when they saw the “Marriage Boot Camp” trailer. First, they saw the return of Phaedra Parks to reality TV, which was welcomed by many. Later, in the same trailer, fans saw another couple, Tahiry and Vado.

For most people, this was news to them, as Tahiry has been happily single, for some time. She and Joe Budden have been flirty, on “Love & Hip Hop,” whereas Vado has been focused on music. However, the two did share a steamy 2014 workout.

Still, when fans not only saw Tahiry and Vado, in the “Marriage Boot Camp” trailer, but her upset and him for cheating, they were shocked. In this day and age, celebrities share everything. But, for Tahiry and Vado to not even have something as simple as a photo together, but doing a love show, is shocking, to say the least.

Read the tweets about Vado and Tahiry below:

Will Packer talks about possibly filming in Iceland, his new basketball documentary “Blackballed,” and Quibi being a great platform
Sheck Wes Facing Two Felonies and Misdemeanor After Getting Arrested For Gun and Drug Possession in New York