Skip to content
You are here
Home > Hip Hop News > Drake Addresses Song With Future That Was Played on IG Live Which Had Future Calling Kylie Jenner a Side Piece; Says It Was From Three Years Ago and Has Since Been Scrapped [VIDEO] 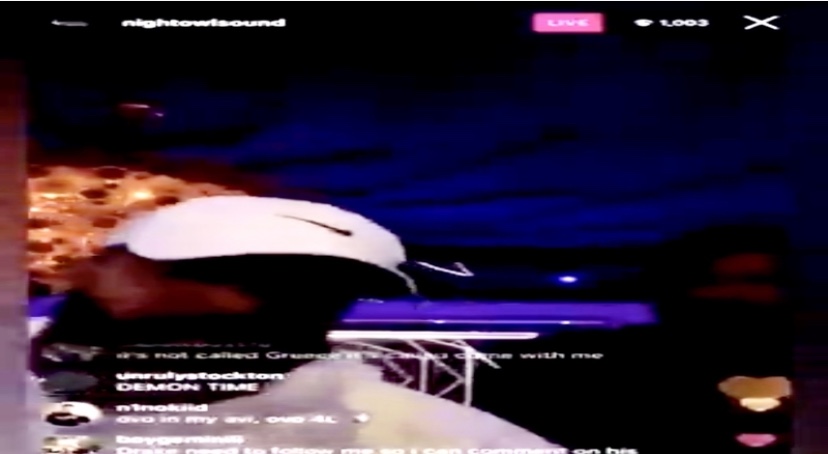 Last night, Drake played a song on Instagram Live that he has in the stash with Future and fans believed that it was a track that they had that would be released soon. There were some surprising lyrics about Kylie Jenner rapped by Future in here though that caught social media’s attention such as “Yeah, I’m a hater to society / Real sh-t, Kylie Jenner that’s a side piece / Yeah, I got 20 motherf—in’ Kylies.”

Drake also shouted out Kendall Jenner and Gigi Hadid with the lyrics “Yeah, I got 20 damn Kendalls / Young slim baddies and they in vogue / Yeah, I got 20 f–kin’ Gigis.” Now, the OVO superstar is addressing the song in his IG stories and claimed that it was recorded three years ago. He added that it was deep in his and Future’s catalogue and that that song ended up being scrapped.

“A song that Mark ran last night on night owl sound live set shouldn’t have been played. It’s a song that leaked 3 years ago and got scrapped shortly after. He was just going too deep in the Drake/Future catalogue. “Last thing I’d want to do is wake up having any friends of mine feeling disrespected so I just had to say that to start the day.”

Back in October, there were rumors of Drake dating Jenner as she was seen at his 33rd birthday party in Los Angeles. This speculation also fueled this spring as they hung out in LA for two nights in a row. Check out the song on IG Live along with his apology below. 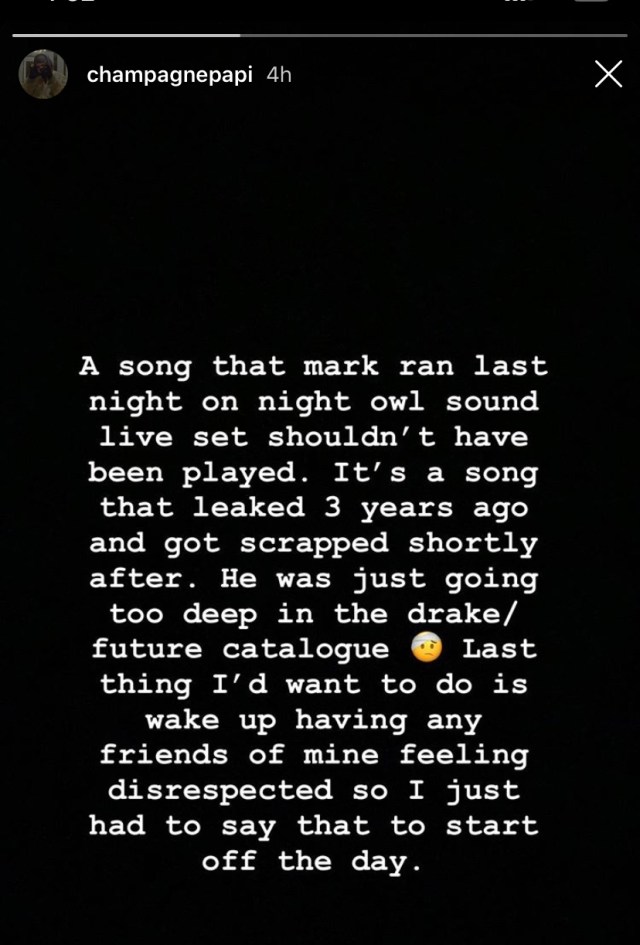