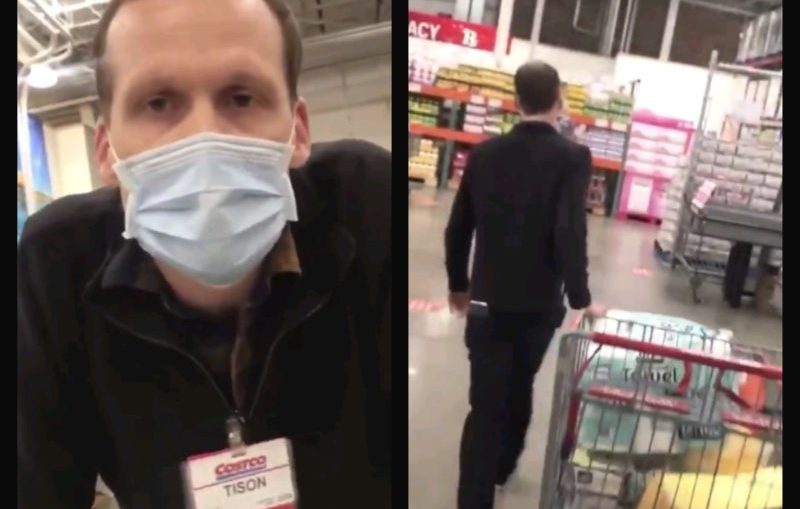 Many grocery stores across the country have made it clear that shoppers are required to wear masks and practice social distancing with COVID-19 still rising in numbers. Among those grocery stores are Costco, Whole Foods, and Trader Joe’s. With an obvious discrepancy with the new rules set in place, a middle-aged Caucasian guy brings his camera along with him to record as he deliberately begins shopping without a facial mask.

The video soon goes viral, but probably not the way he imagined that it would.

Instead of a Karen or Becky, we now have a “Kevin” expressing his disgust of the store’s attempts to be safe while shopping at Costco and confronts a staff member about it.

If you are unfamiliar with Costco, it is a large warehouse style grocery store that requires a paid membership and apparently a face mask now too. In the video it seems the shopper is approached by a staff member that we identified as Tison (thanks name tag!), after noticing that the guy shopping is without a facial mask. Some Twitter followers call the angry shopper “Mr 3K” as he boasts having 3,000 followers, while the staff member politely grabs his shopping cart and walks away, leaving the shopper empty-handed and in an uproar.