Skip to content
You are here
Home > Hip Hop News > Tristan Thompson is reportedly suing Kimberly Alexander, his attorney allegedly claimed that she’s been evicted from five homes in seven years, and is looking for financial assistance 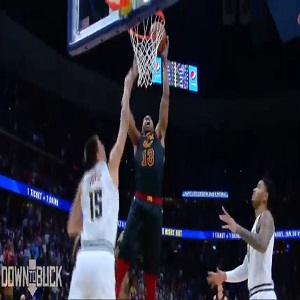 Recently, Tristan Thompson has found himself all over the news, and this time, he didn’t do anything. There were no videos of him having intercourse with a random woman, nor him kissing one of his ex’s friends. Instead, there were nothing but rumors about the man.

Tristan Thompson was first rumored to have gotten Khloe Kardashian pregnant, again. On the heels of that, Kimberly Alexander said Tristan was the father of her son, even saying he took a DNA test. Soon, rumors began of legal action, which Alexander laughed off.

However, there might be a bit of truth to the legal rumors, as Tristan Thompson is now reported as filing a lawsuit against Kimberly Alexander. According to reports, Tristan Thompson’s attorney has spoken out. Allegedly, he claims Alexander waited four years to say Thompson fathered her child, that she is only doing this for money, and that she has been evicted five times in seven years.