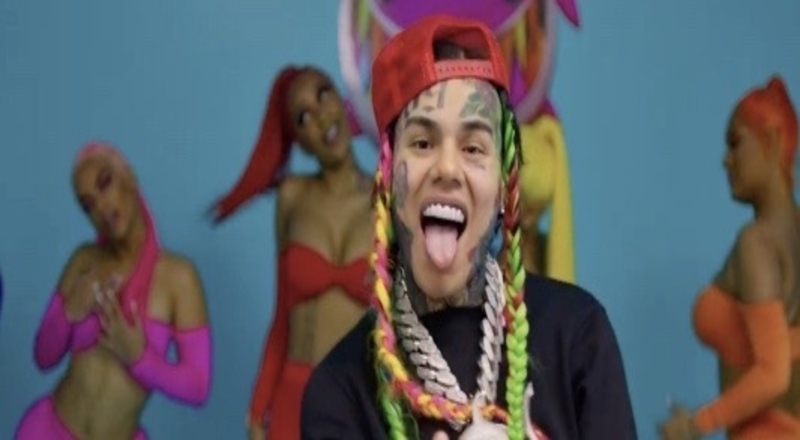 Tekashi 6ix9ine continues to lie about staying off of Instagram until May 22. He is still bashing Billboard for not giving him the top spot on the Hot 100 chart for his ”GOOBA” single. Instead, it went to Ariana Grande & Justin Bieber’s “Stuck With U” single.

6ix9ine has since alleged that Bieber and Grande’s teams have been buying streams on six different credit cards. Today, the Brooklyn rapper claimed on his Instagram story that Billboard cheated and that Jay Z & Nicki Minaj we’re right about them. He alleged to Billboard being frauds, nothing is real, and that people buy their No. 1 songs.

Billboard has quietly had enough of 6ix9ine as they have since deleted his artist profile and GOOBA is nowhere to be found on the charts. On YouTube though, he’s at over 186 million views. That is sadly what he deserves though. He uses beefs and trolling to get his songs to do well as opposed to relying on talent. He has since said he’ll go No.1 next time but Billboard won’t even add his music go. Karma is not someone to mess with. Bieber has since denied the credit card payola claim and Grande reposted him. 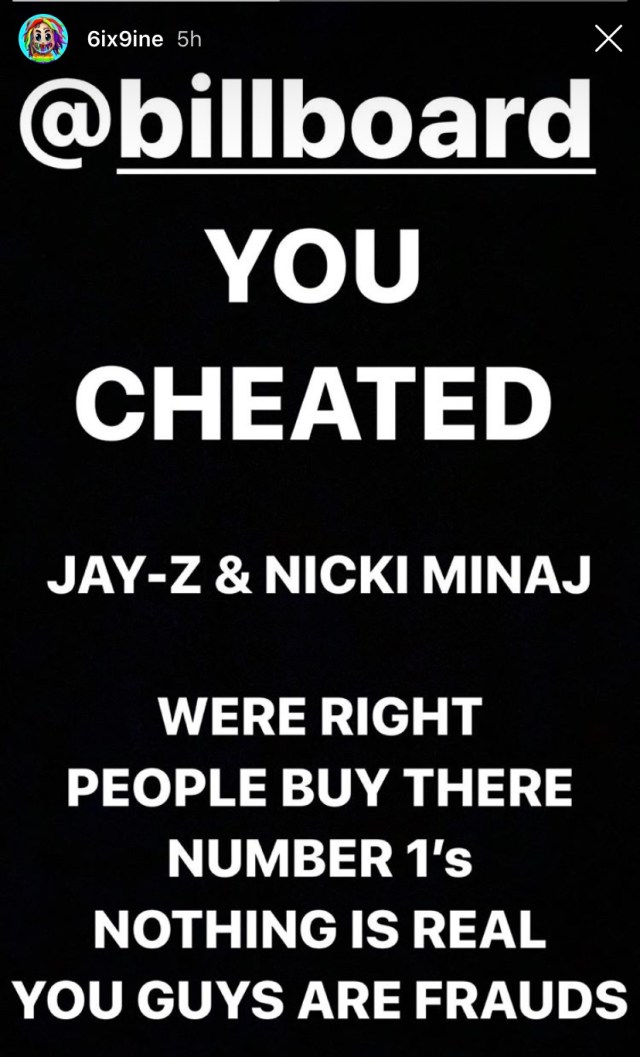