Skip to content
You are here
Home > Hip Hop News > Jada Ali talks coming up in Flint, new single “Gangsta Luv,” and being CEO of Round Table Association | HHV On The Rise 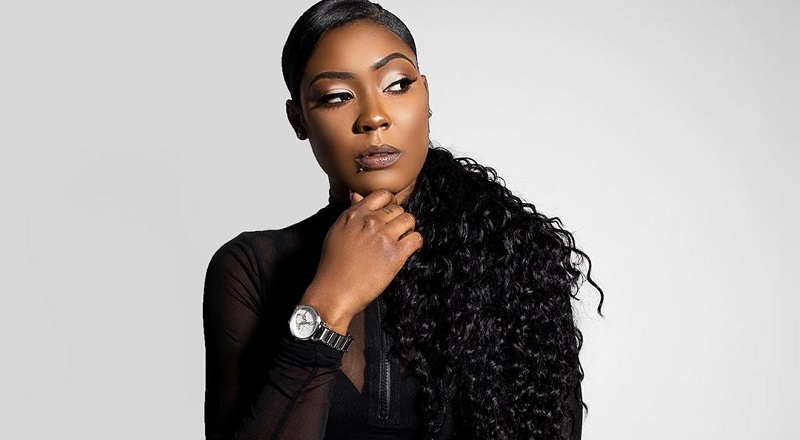 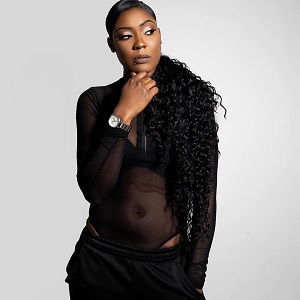 Often overlooked is the contributions the Midwest have provided to the rap game. Early on, most artists from the Midwest were associated with the West Coast. Some, later, even began openly claiming the South, but have more recently owned where they are at.

In Michigan, Detroit is the city that is best-known for hip hop. After all of the stars to come from the D, it makes total sense. But, Flint also has a growing scene, which is where Jada Ali hails from, and she is making the year of 2020 her own.

Recently, Jada Ali gave Hip-HopVibe.com the chance to speak to her about her work. Taking some time away, Jada Ali became a businesswoman, heading up her own record label. She discussed both this and her history with Jon Connor.

You starting to pick up a nice following and you come from Flint, Michigan, talk about your recent grind and work ethic, you really out here doing it? Coronavrius is definitely not stopping your hustle.

Yes, I basically put a blueprint together, and set some goals at the end of 2019, so that when I started dropping content again on January 1st 2020. I had a plan to follow and it worked. So far so good! I just know that nobody is going to work as hard as me for me unless I’m first doing it myself.

Your single, “Gangsta Luv,” is really starting to gain a nice buzz on the internet and in the streets, did you see this happening when you first made the record or was just going with the flow, talk about the history of song too?

“Gangsta Luv” turned out really dope. I was honestly just going with the flow, even when I made the record. Myself and the featured artist, Twicee, was in the studio vibing to the beat, and just started exchanging and laying down ideas and I put the song out. It really did exceed my expectations. The people love it.

The new EP, Long Time No Speak, is hard, too, it’s a quality project what made you go the EP route instead of giving fans a full album?

I have so much music that I’ve been working on over the past few years and since I basically re-branded and started over from scratch. I wanted to throw out a teaser project just to check the people’s temperature and see what they do and don’t like, before I start releasing a ton of music. I wanted to display my talent in a cool way. Long Time No Speak is very short, sweet, and gets straight to the point. I also know that I have some very big records tucked away, so I want to build my career and following up before releasing a full album.

The video to “Zone” goes hard too, especially when you spit “Yeah it’s been a minute I’m back on my sh*t,” and in the start when you spit “I got tired of being broke, I had to move my feet”. Was that something where you took a break and had to get it off your chest?

I’ve been doing music for years. “Yeah it’s been a minute but I’m back on my sh*t” refers to me taking a few years to basically learn more about the business and perfect my sound before releasing music again. “I got tired of being broke I had to move my feet” just means that if there’s anything that you want in life rather it’s money or anything else you have to move your feet (do your part) and work for it.

“Miles Apart” is a good song, honestly it one of the best off Long Time No Speak. That sample is fire yo! Can you talk abut the concept of this record and how it came to mind? You speak very confident on the record.

“Miles Apart” was produced by a young Flint artist by the name of Enrgy. He’s very hot right now and his production has a certain style which matched the flow of the project perfectly. When I heard that beat, I absolutely had to have it. The sample gave me a feeling. I played the beat for days before I recorded to it. I let the words come on their own and it turned out great. “Miles Apart” is definitely one of my favorites. Although the verses are short, I didn’t rush it, I took my time and was able to say exactly what I wanted to. I also didn’t put any vocals on the hook because the sample gives it such an amazing vibe.

You have a history of working with former Aftermath artist, Jon Connor, a fellow Flint Native. Can you give insight in your history with him?

During the time that I stepped away from releasing music and soaking up game, I was actually working under the guidance of Jon Connor. During his last few years on Aftermath, I was there every step of the way. He’s the one that helped me perfect my sound as well. I appreciate Connor more than I can express.

Detroit is the major city in Michigan, what the difference between people from Flint though compared to the D?

There is a big difference between the people in Flint and Detroit. This subject can actually get really deep lol. We have been getting compared for years and there has been so many times where I’ve been in another state and tell someone that I’m from Michigan and the first thing they will ask is “oh, Detroit?” No, Flint! Detroit is definitely my second home, and a neighbor of Flint, but I don’t know there’s just nothing like a Flint stone. We’re just different, all the way around. I’m so glad that Flint is finally starting to hold its own name. The water crisis got national attention, but we also have so many dope athletes, authors, actors, musicians and so much more. These days, when you mention Flint, people more than likely know exactly what your talking about.

Are you a Lions fan? I’m a fan of all Michigan teams win or lose.

The way the rap game is you have to now build up your own fan base and get hot, I see you have Round Table Association, can you talk about that and how it started?

After working with Jon Connor for three years, I did a lot of thinking. He decided to step away from Aftermath and release music via his own label, so I decided to do the same thing.

You are making a name for yourself and as you get bigger, do you plan on signing any artist to RTA? You don’t see to many boss female CEOs of rap labels, you could definitely be one of the new faces.

I love this question because that is exactly what I plan to do. The main reason that I decided to start my own label is because while thinking about everything from what I wanted to accomplish while I’m here, to the legacy I want to leave behind, RTA is just it. I want to be one of those boss female CEOs. It is very rare and I know that I’m built for it. I want to inspire more women to become “The Boss” in a male dominated industry.

What’s next up for Jada Ali?

I have so much in the works. New music with some big features, vlogs, music videos, and I’ve already been checking out some new talent. Hopefully, I’ll be signing my own artist by 2021. Follow me on social media @iamjadaali and join the mailing list on officialrta.com to be the first notified of any new content or news. Love!